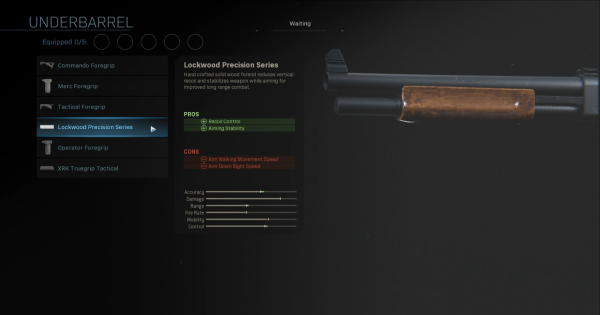 Useful attachment if you plan on spamming shells. Build your loadout for faster ADS speed to take advantage of Aiming Stability or ignore it completely for a hip-fire build.