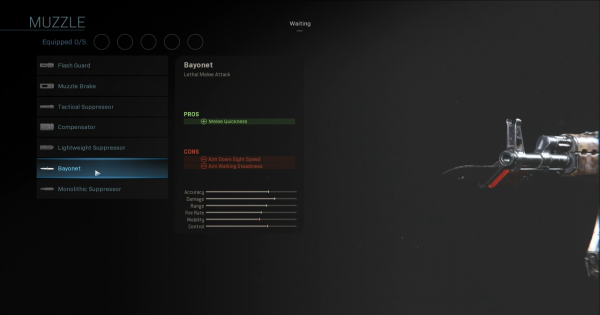 Read this Call of Duty: Modern Warfare 2020 & Warzone guide to learn more about the attachment Bayonet! Learn about this gunsmith, unlock level!

Fits the close range gunner playstyle, where charging and meleeing may be faster than reloading. It may also be helpful in finishing up some missions.

So what makes this better than the breacher device?