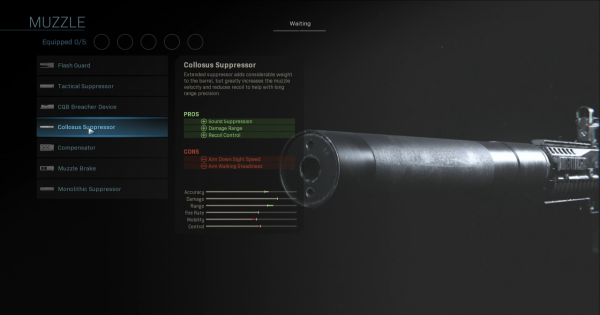 Read this Call of Duty: Modern Warfare 2020 & Warzone guide to learn more about the attachment Collosus Suppressor! Learn about this gunsmith, unlock level!!!

Extremely beneficial to weapons that fires in long bursts, such as LMGs or Assault Rifles with large clips.