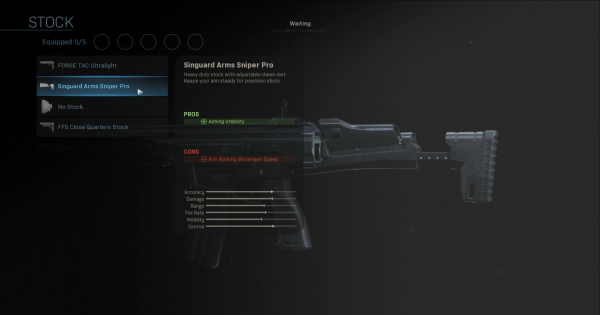 Better aiming stability at the cost of slower movement while aiming. Worth it unless you have an abysmally slow weapon.