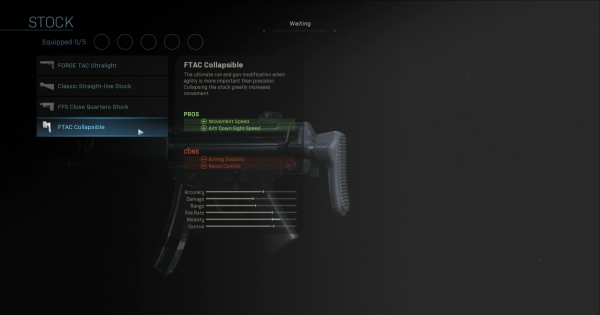 Read this Call of Duty: Modern Warfare 2020 & Warzone guide to learn more about the attachment FTAC Collapsible! Learn about this gunsmith, unlock level!!!

FTAC Collapsible can be beneficial to weapons that already have a high aiming stability or low recoil, where the benefit can off-set the penalty. Goes great with the Tac Laser attachment.