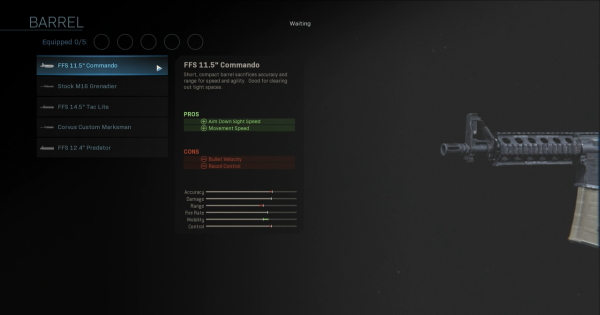 Read this Call of Duty: Modern Warfare 2020 & Warzone guide to learn more about the attachment FSS 11.5 Commando! Learn about this gunsmith, unlock level!

Better suited for small-caliber close-quarters build where the loss in bullet velocity and the increase in recoil won't won't be as harmful.