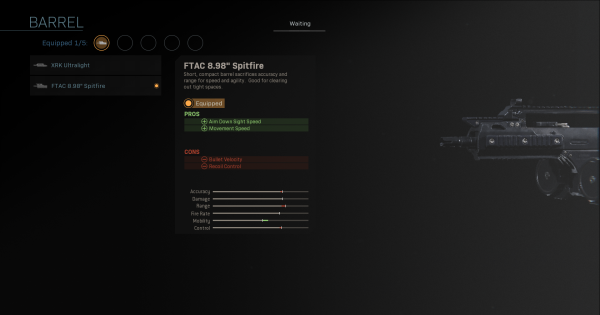 Read this Call of Duty: Modern Warfare 2020 & Warzone guide to learn more about the attachment FTAC 8.98 Spitfire! Learn about this gunsmith, unlock level!

A perfect attachment for aggressive players, this attachment increases ADS speed and movement speed at the cost of bullet velocity and recoil control. Best used in frantic gunfights at close range!