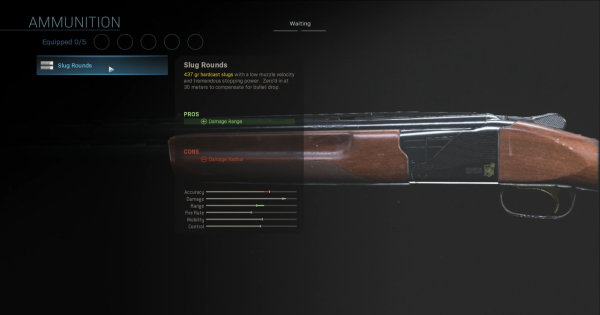 Read this Call of Duty: Modern Warfare 2020 & Warzone guide to learn more about the attachment Slug Rounds! Learn about this gunsmith, unlock level!

Increases the range of the weapon but significantly reduces the damage spread, concentrating the damage on only a single area.