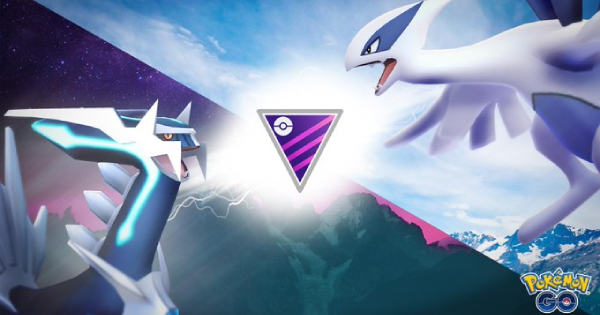 Read this Pokemon GO guide on the best team for Master League preseason. Including recommended Pokemon, recommended builds, and more!

Party With Dialga As Main Attacker

In this party, Dialga will be your main attacker due to its high defense and attack power. It works well with Togekiss and Giratina. When faced with another Togekiss, use the Dialga or your own to defeat it.

Raise your Buddy Level with Dialga to get the CP Boost. This will be advantageous, boosting your Dialga's strength and damage to opponents.

Focuses On Dialga As Attacker

This alternative Dialga party still emphasizes Dialga's role as the main attacker. Be careful of Melmetal & Dragonite's moves so be prepared to counter them.

Watch Out For Opponent Swaps

Most players may switch out their Pokemon when they see your Dialga. Wait for them to do so, then swap out to Swampert or Giratina to counter their Pokemon.

Power Up Dialga With CP Boost

If you want Dialga to have more power in battle, raise your Buddy Level with them. Doing so will give you a CP Boost - strengthening its attack power during matches.

Team With Melmetal As Lead Damager

Melmetal is the central attacker of this team. Even if the team has a lot of weaknesses collectively, each Pokemon makes up for each other's weaknesses.

Though the Origin Forme of Giratina is much stronger for the Master League, the Altered Forme is the only one that can learn Ancient Power.

This party focuses on Giratina (Origin Forme) as the main damager due to its high HP and attack power. Use Ominous Wind to further boost its stats.

Kyogre and Metagross do well to compensate for Giratina's weaknesses, especially when faced with a Togekiss or Tyranitar. Make sure to switch Pokemon to keep in the fight.

Be Cautious Against Dialga

This party does well against other Pokemon that are used to fight Dialga. However, it can be weak to Dialga itself. When faced with Dialga, switch to Metagross and use Earthquake to fight.

Do Damage With Dragon-type Dragonite

With Dragon Breath and Dragon Claw, Dragonite can do very heavy damage to opponents. It can also learn Outrage as its Charge Move.

The combination of Dragonite with Melmetal and Togekiss provides a formidable party in trainer battles. These Pokemon can easily resist opponents' Charge Moves, making it easier for you to determine their weakness.

This party is also viable, focusing on Dragonite as the main attacker. Use Dragon Claw to build up your gauge to use Outrage quickly.

Switch Out Snorlax If At Disadvantage

Though Snorlax has a few weaknesses, it's easy to switch it out if faced with a Pokemon it is weak against.

Garchomp is a Dragon-type Pokemon that can be used as the main attacker in this party. It can fight well against Melmetal and Giratina, however, be wary of Articuno or Togekiss.

Metagross is strong against all of Garchomp's weaknesses - Ice, Dragon, or Fairy. Be careful when switching out Pokemon as you may be faced with a Pokemon that can exploit Metagross's weakness.

Use Togekiss To Damage Opponents

Togekiss is a Normal-type Pokemon that can do well in the Master League. It has high HP, forcing opponents to switch Pokemon, letting you choose a Pokemon to fight at your advantage.

Swampert and Garchomp can both learn Ground moves that can easily defeat Melmetal. Since Togekiss is weak against Melmetal, use Swampert or Garchmop's Mud Shot or Earthquake to defeat it!

Tyranitar Is The Main Pokemon

In this party, Tyranitar is your main damager. It is strong against Ghost and Psychic types but make sure to switch to Swampert or Metagross when in a disadvantage.

Tyranitar works well in a party with Swampert and Metagross, especially in the Master League. They work well even if you can't get a read on your opponent's Pokemon party.