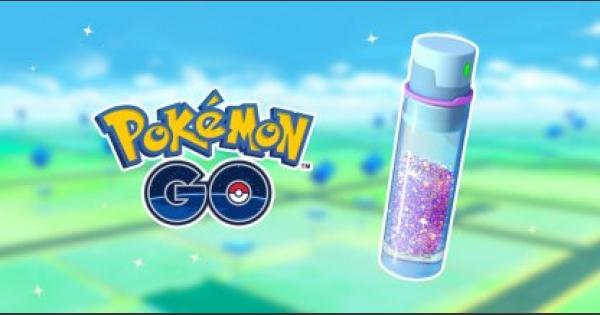 Find out the best methods to collect Stardust in this guide! Also included are how to get Stardust efficiently and what you can spend it on.

Check Out How To Earn XP Fast!

Hatching Eggs is one of the easiest and fastest ways of gaining Stardust in Pokemon Go! You can walk to hatch multiple eggs at once as long as you have the incubators for it. Allowing you to get thousands at a time.

Catching Pokemon may not yield as much Stardust as hatching eggs, but it is more consistent and takes less time. Take advantage of Lure Modules and Incense to attract Pokemon, making it easier for you to earn Stardust!

Check Out How to Catch Pokemon Easily!

Pokemon boosted based on the weather have a bonus to the amount of Stardust you earn when catching them. Be sure to check the weather conditions and which Pokemons are affected by it!

Other Ways to Earn Stardust

Doing any of the following will also yield you some Stardust but they're not as good as doing the previous ones above. Doing them regardless will give you a few Stardust.

Even if you win or lose a PVP Battle, you will get a reward for your effort. It's random so you're not exactly sure what you'll get, but there's a chance you will get Stardust!

Check Out How to PVP Battle Guide Here!

Raid Battles are a tough battle, but it will lead you with some good items and even a Legendary Pokemon. One of the rewards are Stardust!

Check Out The Raid Battle Guide!

Gift Box contents are also random, but it also has a chance of giving you a few hundred Stardust. There's no limit to how many Stardust you can open for a day so open as much as you can!\

Check Out How To Send & Open Gifts!

Use Starpiece to Boost Stardust Earned

Starpieces boost the amount of Stardust you earn from any sources for 30 minutes! Time it when you're about to hatch a lot of eggs and/or about to start a Pokemon catching session to get the best of it!

Some Special Events have Stardust Multipliers

There are special events in Pokemon Go where the amount of Stardust you get will be boosted! Watch out for Community Days and Raid Boss announcements to gain extra Stardust.

Check Out What Are EventsHere!

Use to Power Up Pokemon

Best to Use with Legendary / Final Evolution Pokemon

Don't waste your Stardust in powering up a base form Pokemon! It's better to level up Legendary Pokemon, such as Mewtwo or any of the Legendary Birds, or final evolution Pokemon like Dragonair.

Recommended for Pokemon with High IV

High IV Pokemon have the best possible stats capacity. Powering them up will yield higher stats, including better health, attack, and defense among others.

Pokemons start out with only two moves. You can unlock another Charge Move by using Stardust and Pokemon Candies. It will take a lot of Candies and Stardust though.

To be able to trade Pokemon with another player, you will need to pay a bit of Stardust first. Having a better friendship level will give you a stardust discount so it will take less Stardust to trade!

Check Out How to Trade Pokemon!
ユーザー登録のご案内