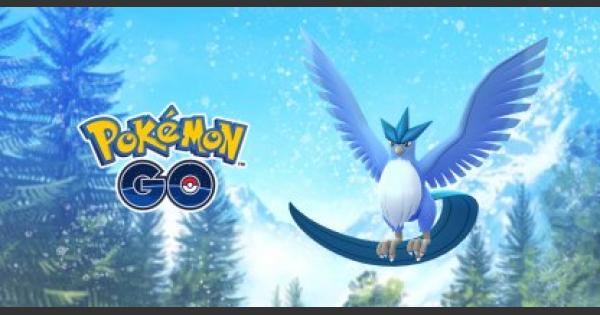 Check out how to get the legendary Pokemon Articuno from Raid Battles in Pokemon Go! Find out the best Pokemon to use, stats and IVs, and more in this guide!

Best Pokemon To Use Against Articuno

* Ranking is based on the DPS, ease of use, and durability of Pokemon that are types which are very effective against Articuno.

Best Pokemon To Use Vs. Articuno (Tyranitar)

Tyranitar is a Rock-Dark type Pokemon, meaning that it will deal tons of damage to Articuno with its Rock type moves. It also has a very high attack stat, allowing you to make quick work of Articuno!

Aside from Tyranitar, other Pokemon that will be useful in bringing down the legendary bird are Rock types such as Golem and Fire types such as Moltres!

You can also check Articuno's Individual Value (IV) beyond it being 100% value. You just need to check its CP once it appears after defeating it in the raid.

Articuno Is Most Weak Against Rock

Articuno is a dual-type Pokemon, being both Ice, and Flying. Because of this, the most effective moves to use against it are Rock type moves since it is both effective against ice and flying type Pokemon!

Weakness And Damage Chart Against Articuno

Trainers, as a part of our Ultra Bonus Event, Articuno, Zapdos, and Moltres return to Raid Battles around the world! With some luck, you might even encounter a Shiny Pokémon... https://t.co/trGGLyA6Kg pic.twitter.com/iX67dFtKCl

...Thank you, Trainers, for working together to complete Professor Willow’s research. There is plenty more to explore, and many new Pokémon to discover. So let’s get out there and GO!