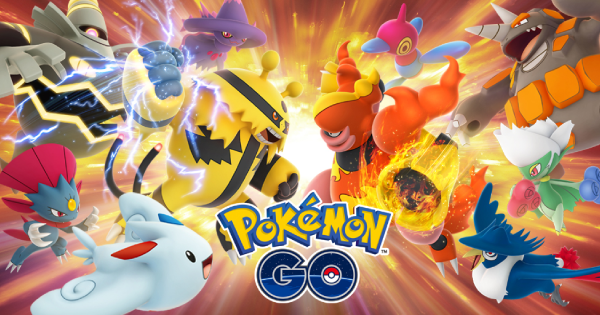 Read this Pokemon GO Guide to know more about the GO Battle League for 2020. Including updates, ranks, rewards, best teams, and preseason info!

Trainers, starting at 4 pm PST, GO Battle League will be unavailable for approximately 30 minutes as we perform some server maintenance. Please visit this page for updates on the current status of GO Battle League:https://t.co/Bqu6yLrnnj

Go Battle League will have maintenance at around 4 PM PST for around 30 minutes. During this time, you will be unable to participate in GO Battle League fights.

Coinciding with the Rhyhorn Community Day, trainers who participate in GO Battle League fights can get up to 2 Sinnoh Stones after each battle, whether they win or lose.

The pre-season of GO Battle League has switched over to Ultra League from Great League. Ultra League ends on February 25, 2020.
>>Best Pokemon For Ultra League
>>Best Party For PVP Battles

According to the official blog post, the GO Battle League preseason is the time right before the competitive season begins. This will shuffle between the 3 leagues and will be used to balance the competition.

During the preseason, you can still earn Ranks but they will reset when the GO Battle League Season 1 begins. This is a great time to practice and get rewards, so try and participate!

During the preseason, the leagues will shuffle every 2 weeks, giving you a chance to challenge yourself in a league that you haven't tried out yet.

How To Fight In GO Battle League

After getting into the GO Battle League menu, just select "Battle" to choose your party and begin matchmaking!

Your first 5 battles in the Pokemon GO Battle League will be free. However, future battles will require you to walk a certain distance to unlock them after the first 5.

Once you've completed your first 5 matches, you'll need to walk 3km to unlock the right to challenge the GO Battle League. You can unlock entries up to 5 times a day, allowing you to battle for up to 25 times per day.

Win Once To Remove 5km Displayed

Sometimes you'll get a 5km indicator instead of 3km. Play 5 GO Battle League matches to remove this indicator and revert it back to 3km.

Fight Up To 25 Matches A Day

You can play up to 25 matches in GO Battle League, which is the maximum you can do per day. If you complete this number, you won't be able to battle anymore during that day.

You can also pay PokeCoins to shorten the walking distance remaining before you can challenge GO Battle League again. The shorter the distance left, the less PokeCoins you need to spend.

In GO Battle League, you'll receive Stardust depending on your rank and number of wins you have in the 5 matches you fight in. You can also get Candy, TMs, and Pokemon encounters as rewards.

Get Pikachu Libre When Raising Rank

The unique Pikachu Libre from Pokemon Omega Ruby and Omega Sapphire can also be received as a reward in Season 1 of GO Battle League. Raise your Rank to get this masked Pikachu!

Some Rewards Lock Out If You Lose

In Rank 1-3, you can miss out on other rewards if you lose. It's best to win as much as you can so you can get all rewards.

If you use a Star Piece before collecting your rewards in the GO Battle League, you can increase the amount of Stardust you'll receive. Do this if you want more Stardust!

The rewards in GO Battle League are randomly selected and are not fixed. It will change from trainer to trainer.

The Premium Raid Pass has been renamed to Premium Battle Pass to accommodate the GO Battle League. However, you can still use this item in raids!

Use To Fight In Premium Battles

The Premium Battle Pass can be used to access the Premium Rewards bracket in the GO Battle League. In this bracket, rewards will only take a few wins to claim and will also give you more premium items.

Not Available After Selecting Reward

It's best to use the Premium Battle Pass when you're selecting your rewards bracket. Once the bracket has been chosen, you won't be able to use the pass.

Participates In All 3 Leagues

The GO Battle League is held in all three leagues - Great League, Ultra League, and Master League. Only one league is active at a time and will shuffle throughout the season.

You cannot have the same Pokemon in one party during GO Battle League. You need to make a strong party of different Pokemon to join the league.

Trainers will be able to raise their ranks by winning in the GO Battle Season League. When the season ends, you'll get better rewards, the higher your rank.

Rank Does Not Drop

Once you go up a rank, you will never go below it, no matter if you win or lose in a match.

In GO Battle League, there are certain conditions for you to increase your rank. This changes the higher your rank in the season.

When you're in Ranks 1-3, your rank will increase as long as you play the required number of matches, no matter if you win or lose.

In Ranks 4-6, you need to win matches to increase your rank. If you lose a match, you won't get any progress to increasing your rank.

When you've reached Ranks 7-9, you'll see your Rating in the GO Battle League. This determines your performance in matches. To increase your rank, your rating needs to be up. Losing will bring your rating down.

Rank 10 is the highest rank you can achieve. When you reach this rank, you can only increase your rating and battle with trainers of the same ranks & rating.

These are rewards currently confirmed by the team. More rewards will be updated once confirmed.