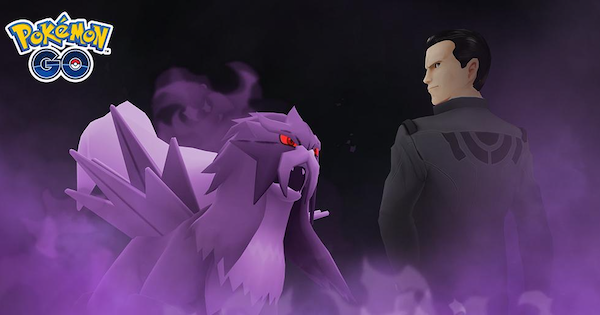 Read this Pokemon Go guide on how to defeat Team Rocket's Giovanni! Find out all the counters for his Pokemon for March 2020, including his Persian, and how to get Shadow Entei.

Check Out Other Events Happening Now!

▼Giovanni's 2nd Pokemon will be randomly chosen from one of the 3 listed here.

How To Beat Persian

React To Its Moves

Persian has two main normal moves; Scratch and Feint Attack. It can be difficult to take it out if you don't resist its damage, so make sure to swap your Pokemon to one that resists its move immediately!

Switch To A Fighting Type For Feint Attack

If Giovanni's Persian uses Feint Attack, swap out for a Fighting type. Not only will you resist the attack, but you'll be able to deal super-effective damage to Persian as well!

Lucario Can Deal With Both

Lucario's Steel/Fighting type lets him resist damage from both Normal and Dark moves. If you have one, definitely consider bringing it!

Ghost types work well because they resist Normal type moves, so we strongly recommend Giratina if Persian uses Scratch. Altered Forme is better defensively, so we suggest bring it instead of Origin.

Altered Forme Can Win Without Boosts

You won't need to boost your Giratina - as long as it was obtained during a weather bonus, you should be able to take out Persian. You shoud have roughly 2500 CP to do this.

The 3 Have No Common Weakness

Unfortunately, Giovanni's 2nd Pokemon are diverse enough that they lack a common weakness. However, Fighting, Ground, Water, and Grass will all be super effective against at least 2 of the 3. Bring these moves to be safe.

We recommend the following 3 Pokemon, as they cover multiple weaknesses of Giovanni's second Pokemon.

(※) Indicates a Legacy move which is no longer obtainable

How To Beat Entei

Use Water, Ground, or Rock Types

Entei is a pure Fire type, meaning its weak to the above mentioned 3 types. We recommend Water and Rock types, as they resist Fire moves.

(※) Indicates a Legacy move which is no longer obtainable

How To Beat Giovanni

All of Giovanni's Pokemon are high level and pack a punch. We recommend leveling up your Pokemon to close to max. At least 35 should be enough to get a win.

Determine A Pokemon's Level Via Stardust/Candy

Force Your Opponent To Use Its Shield Quickly

If Giovanni still has shields up, he will use them every time you use a charge move. For this reason, it's better to bring Pokemon with charge move sthat fill up their gauge very fast, and use them quickly.

Pokemon You Can Get By Winning

Get Entei In March

Pokemon You Get Changes Every Month

By defeating Giovanni you can get a chance to catch a different Pokemon every month!

The level of a Shadow Pokemon caught like this will be 8 (or 13 in boosted weather). The maximum CP for a lvl 8 will be 782!

Pokemon Featured In The Past