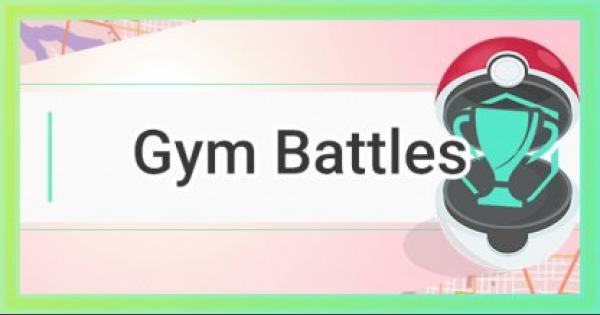 Check out this Pokemon GO guide on Gym Battles! Find more information on tips and tricks to defeating a gym, leaving Pokemon in a gym, rewards, coins, and more!

What Are Gym Battles?

Gym battles are Pokemon battles done inside a gym. They are normally done to take over a gym for a specific team in Pokemon GO - whether you're Valor, Mystic, or Instinct.

You can fight a total of 6 Pokemon left defending a gym. Once they've run out of CP & motivation, they will get kicked out. You'll take possession of the gym when all defending Pokemon are defeated.

Check Out The Strongest Pokemon Here

Fight To Take Over Gym Territory

Players can engage in gym battles to take over a different team's territory. This is useful if a player wants to farm Coins to spend in the Shop or get more Poke Balls when capturing a gym's Raid Boss.

How To Join & Defeat Gym Battles

Find & Locate Gym Not On Your Team

Check your in-game location for gyms you can battle and defeat. You can battle in any gym that's not on your team - you can check which ones are available depending on the gym color.

You Need To Be Near The Gym To Start Battle

You need to be within range of the gym to be able to battle it. It's recommended to fight gyms on foot so as not to be moved away from them if you're on public transport.

To defeat the gym, you must defeat the Pokemon that are defending it. There can be up to 6 Pokemon you'll need to face and to completely kick them out, you have to bring their CP & motivation to 0.

Check Order Of Pokemon Left Behind

Before starting the battle, check the order of the Pokemon left behind. The first one dropped into the gym is the first you'll battle. This will make it easy for you to determine your lineup of attacking Pokemon.

Pokemon Get Kicked Out When CP & Motivation Run Out

When you defeat a defending Pokemon, their CP & motivation meter will go down. You need to defeat each Pokemon several times to get these numbers to 0, kicking them out & leaving the gym defenseless for you to take over.

Once Gym Is Defeated, Leave Behind Own Pokemon

After you've completely defeated the gym and it has 0 defending Pokemon left, you can drop one of your own Pokemon to take the gym under your team's possession.

Check Out Pokemon With Strongest Defense

When you leave a Pokemon behind in a gym, they gather coins for the duration of their time there. The longer they stay defending a gym, the more coins you'll receive when they get kicked out. You can get a max. of 50 coins per day.

Check Out How To Efficiently Earn Pokecoins

Rewards For Beating A Gym

XP For Defeating A Gym

You'll instantly receive XP when you defeat a different team's gym. The number of XP you gain depends on how many Pokemon you defeat that are guarding the gym.

You'll receive coins when you leave Pokemon to defend a gym you've defeated. These coins can be used to purchase upgrades, Poke Balls, and more in the Shop.

Extra Poke Balls When Gym Is In Team Territory

When a gym is under your team's territory during raid, you get more Poke Balls to capture the raid boss after you've defeated it.