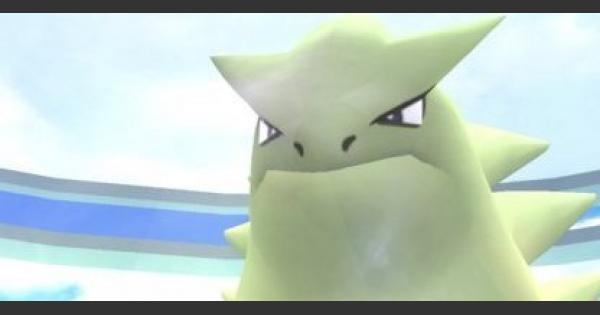 Conquer the Pokemon Tyranitar in this Pokemon GO raid battle strategy guide. Get tips on how to defeat it, recommended Pokemon and moves, CP to get 100% IV, and more!

Best Pokemon To Use Vs. Tyranitar (Machamp)

Being a Dark & Rock Type, Tyranitar is very weak against Fighting Type Pokemon. Machamp is a powerful Fighting Pokemon that deals good & fast damage - an effective contender against Tyranitar.

5 Or More People Should Fight Tyranitar

It's best to wait for a lobby of more than 5 Trainers before attempting to combat Tyranitar. This Pokemon has very high HP & CP, making it difficult to defeat with less people.

The key to defeating Tyranitar is to just keep attacking. Don't try to dodge its attacks as this will take time. Because of its high HP, if you don't do enough damage, the raid battle timer may run out.

When encountering a Tyranitar during the bonus capture challenge, check its CP. If the Tyranitar has CP 2191, it has 100% Individual Value (IV).

Tyranitar receives a weather boost when its cloudy or foggy, raising its PL (Pokemon Level) to 25. At 2739 CP, the Tyranitar has 100% IV.

You can also check Tyranitar's Individual Value (IV) beyond it being 100% value. You just need to check its CP once it appears after defeating it in the raid.

Tyranitar has several weaknesses but it is especially vulnerable to Fighting Type moves. Bring Fighting Pokemon to inflict big damage to it. It is also weak to other Types such as Water, Grass, Ground, Bug, etc.