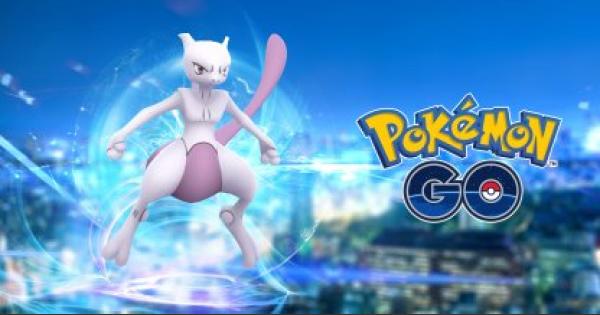 Conquer the Legendary Pokemon Mewtwo in this Pokemon GO raid battle strategy guide. Get tips on how to defeat it, recommended Pokemon & moves, CP to get 100% IV, and more!

*These are Legacy Moves and are currently not available to learn in the game.

*These are Legacy Moves and are currently not available to learn in the game.

Best Pokemon To Use Vs. Mewtwo (Tyranitar)

Tyranitar is a Rock / Dark Type and has very high base stats in HP, attack, and defense. If it learns strong Dark Type moves, it can easily bring down Mewtwo's HP - who is weak to Dark attacks.

Mewtwo can have a Charged Move called Focus Blast. When it does, swap out your Tyranitar as it is incredibly weak to Fighting Type moves such as Focus Blast.

Gengar Can Be Used To Combat Focus Blast

Gengar has high base attack stats and its Ghost/Dark Type moves are effective against Mewtwo. It may be weak to Mewtwo's Psycho Cut but the Charged Move Focus Blast will not deal that much damage to it.

Try Not To Have Multiple Gengars

In a raid with many people, it's best not to have too many Gengars. If you see someone already using the Pokemon, switch out. This is so your Gengar won't get knocked out of battle easily and you can deal as much damage as possible.

Know Which Pokemon Are Weak To Mewtwo's Attacks

Mewtwo's attacks can vary in Type so it's best to know which Pokemon are weak against them. This makes sure that choose the right roster and defeat the raid!

Pokemon Weak To Each Move

It's best to use Pokemon that deal high damage over Pokemon that have higher defense. If it's level is too low, even if it has high defense, it can still be killed in one shot. It's better to focus on downing Mewtwo as fast as possible over prolonging the fight.

When encountering a Mewtwo during the bonus capture challenge, check its CP. If the Mewtwo has CP 2387, it has 100% Individual Value (IV).

You can also check Mewtwo's Individual Value (IV) beyond it being 100% value. You just need to check its CP once it appears after defeating it in the raid.

Mewtwo can inflict very high damage with its variety of moves but it is mainly weak to Bug, Ghost, and Dark Types. Be sure to prepare a roster that has a powerful set of these attacks to bring Mewtwo down.