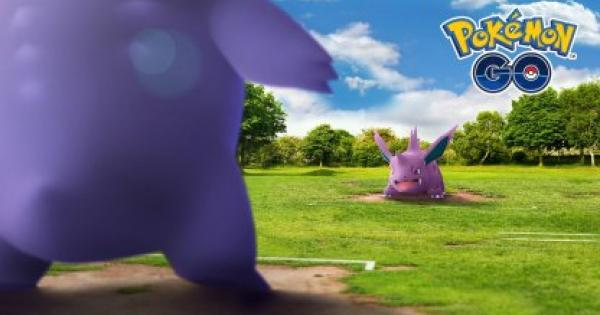 Read this Pokemon Go article on trainer battles (PvP). Find out about the different leagues, rules, rewards, tips on how to play, battle mechanics, and more!

What Are Trainer Battles?

Battling With Pokemon You Raised

Trainer battles pit you against other players of Pokemon Go, forcing you to use the Pokemon you've raised to battle it out until someone comes out on top!

How To Do Trainer Battles

You'll be able to fight trainers who are physically near to you. There are generally two main ways of doing this.

By scanning the QR code of a player near you, you'll be able to battle them. If you use this method to battle, you don't need to be friends with the opposing player.

2. Send A Battle Request To A Friend

By going to the Friend menu and selecting the Battle option, you can challenge someone on your friends list to a battle.

By using the friend menu to send a battle request, you can even battle people who are not physically located in your area. However, in order to do this your relationship level with your friend must be at the Ultra Friend level!

Learn More About The Friend Function In Pokemon Go!

You can train solo by challeniging Team Leaders to battles. You can battle each leader in each of the three leagues (Great, Ultra, and Master).

Leagues essentially separate battles into different categories, each with its own unique rules. Each league will have a max CP limit and the Pokemon you can use will be quite different.

Types Of Leagues And Their Differences

Check Out The Best Pokemon For PvP Here!

Common Rules In All Leagues

Whoever Knocks Out 3 Pokemon First, Wins

Battles begin with both players having 3 Pokemon. The first player to cause the opponent's 3 Pokemon to faint will be declared the winner.

Trainer battles will have a time limit of 4 minutes and 30 seconds. If you cannot defeat the opponent's team within that time limit, the player whose Pokemon have an overall higher remaining HP at the end of the battle will be the winner.

Legendary and Mythical Pokemon Are Usable

It's entirely possible to use Legendaries like Mewtwo, Groudon, & Kyogre, or Mythical Pokemon like Celebi and Mew in trainer battles.

There are currently two Pokemon which are banned from trainer battles.

If you and your opponent both attempt to use a charge move simultaneously, the Pokemon with a higher attack stat will activate its move first.

Things You Can Do During Battle

Tap The Screen To Attack

This method of attacking is entirely the same as Gyms and Raids. Simply tapping on the screen will cause your Pokemon to use an attack. By using regular attacks like this, you can charge up your gauge, storing the energy required to use charge moves.

Use Charge Moves When Your Gauge Is Full

Tap To Fire Off A Charge Move

▲The move on the left is not yet fully charged, while the one on the right is.

Charge moves can be activated by tapping the button on the lower part of the screen. If you tap it before the gauge is full, you will simply continue to use normal attacks.

▲Swipe the type icons to attack

The damage of charge moves changes depending on the amount of type icons that appear on the screen. The more of these icons you swipe, the higher the damage will be.

Every Type Has A Unique Swipe Pattern

Swiping is different for every type, meaning it's crucial to learn the patterns for each type you plan on using. You can get a chance to practice this in training mode!

▲Use a shield? 2 remaining.

It's possible to avoid your opponent's charge moves 2 times in one battle by using the shield ability. Since you're limited to only 2 uses, it's extremely important to carefully consider when you pop your shield.

It's possible to swap out your Pokemon mid-battle. If you find yourself in an unfavorable type matchup, it's often better to switch out fast!

Switching Out Triggers A 1 Minute Cooldown

After you swap out your Pokemon, you won't be able to swap out again for 1 minute. This can be dangerous because after you switch, your opponent can react to the switch you just made, potentially putting you back into another unfavorable situation. Be very cautious and strategic with your switches!

Stat Changes Are Wiped When Switching

If you a swap a given Pokemon out, it will lose any status changes that may have been applied to it in battle, negative OR positive.

Get Rewards For Battling

After finishing a battle, you'll be able to receive various items. There is a daily limit to how many you can get, meaning you should try to do at least some battling every day to maximize your rewards.

Get Rewards By Fighting The Same Person

You can get battle rewards regardless of who your opponent is. You can fight the same person up to 3 times in one day and still get rewards.

Doesn't Matter If You Win Or Lose

You'll still get rewards from PvP battles even if you lose! This means that if your main goal here is item collection, you needn't stress out about your battle results.

PvP battles have a daily limit of 3, but training battles against computers can only give you rewards once a day. Plus, you'll have to win that. This is a good way to obtain Sinnoh Stones, so make sure you do this every day!