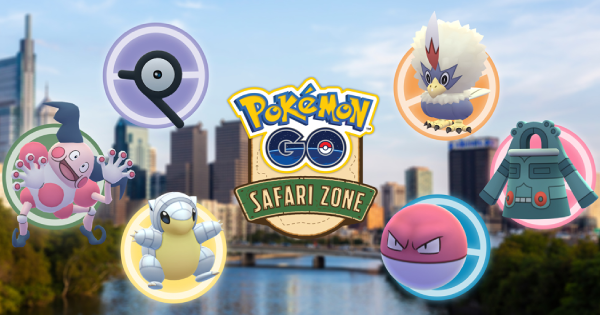 According to the official site, the next Pokemon GO Safari Zone will happen for 3 days in Fairmount Park, Philadelphia, Pennsylvania. It will occur from May 8 to 10, 2020.

Tickets will be available for sale from February 24, 2020 and will be first come, first served. There will also be a City Explorer Pass that can be bought alongside the Safari Zone tickets for full weekend fun.

During the event, there will be increased Pokemon spawns in the park. These include Voltorb, Alolan Sandshrew, Unown P, Bronzor, Rufflet, and more!

If you purchase the City Explorer Pass, you'll also be able to take part in City Explorer Raids. You'll get the bonus of having eggs hatch faster, and others!

Pokemon That Will Appear More In The Wild

During the Safari Zone event, a shiny Voltorb may appear alongside the other Pokemon!

City Explorer Raids will happen around Philadelphia in iconic city locations. You can only access these raids by purchasing the City Explorer Pass. You don't need the Premium Battle Pass to participate in these raids.