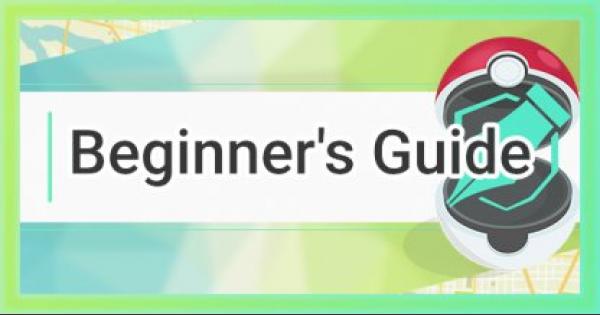 Read this Pokemon GO beginner's guide about the game! Find out what you need to know about the game, settings, starter Pokemon, catching your first Pokemon, & more!

Check Out Guide For Returning Players!

Step 1: Adjust Settings Before You Start

You can access the settings of the game by pressing the Poke Ball in the lower part of the main screen of the game. Then, locate the Settings button on the upper right part of the screen.

Before playing Pokemon GO, go to your settings tab and turn on "Battery Saver". This darkens your screen when you lower your mobile - saving & prolonging your battery's life so you can play the game longer!

Available at level 5, Adventure Sync will help the game track your distance and steps even when it is idle. Turn this on to help your buddy Pokemon gather more Candies or track steps to hatch eggs faster.

Check Out What Is Adventure Sync!

You can turn off the AR+ mode in the game! This will make it easier to determine the distance of the Pokemon in order to make better, more accurate Poke Ball throws!

When you first create an account in Pokemon GO, you get to catch your first Pokemon! You can choose between the 3 starter Pokemon from the Kanto Region.

You can actually get Pikachu as your first Pokemon. Available only in certain regions, continuously walking around and not choosing between the first 3 Starter Pokemon will make Pikachu show up.

There is no difference when you choose between any of these first Pokemon. Choice should be made according to player preference!

Deleting your account to reset/reroll won't allow you to use the same nickname or e-mail address! Instead, it's encouraged to farm XP instead & get a higher trainer level to get stronger versions of the starter Pokemon.

Check Out How To Earn XP Fast!

In Pokemon GO, you need Poke Balls to capture Pokemon. You can get items by visiting Gyms & Poke Stops - spin them to receive items!

Using better Poke Balls such as the Great Ball or Ultra Ball will increase your chances of capturing a desired Pokemon. Stock up on these so you can capture rare Pokemon more easily.

Walk Around To Spawn Pokemon

The most basic way to spawn and catch Pokemon is to walk around the area! Simply walking around will make Pokemon appear for you to encounter them.

Items such as Lures and Incense increase the spawn rate of a Pokemon. Lures are dropped onto Poke Stops to draw Pokemon near them while Incense lures Pokemon near you when you are walking around.

Using better Poke Balls, items such as Razz Berries, making excellent throws, and earning medals for a certain type of Pokemon all increase your chances of catching a Pokemon. Keep these in mind to catch Pokemon more efficiently.

Raising your trainer level will allow you to capture more powerful Pokemon and will spawn Pokemon that has higher CP or Combat Power. These numbers determine their performance in battle!

Check Out How To Raise CP Here!

A higher trainer level will also increase the CP limit of any Pokemon you currently have in your inventory. It's best to raise your trainer level to power up Pokemon to be stronger.

When you raise your trainer level, the chances of getting higher level items will increase when you visit Poke Stops and Gyms.

Raising a trainer level to 5 will open up a whole world in Pokemon GO. You'll gain access to Adventure Sync, Gym Battles, and choosing your Pokemon GO team!

Adventure Sync tracks your distance and steps when the game is idle! This option becomes available in your settings once you hit trainer level 5.

You can start battling other player's Pokemon at gyms when you reach level 5! This lets you defeat a gym, gain territory for your team, and put down your own Pokemon to collect coins to spend in the shop.

Check Out How To Join & Beat Gym Battles!

At level 5, you'll be prompted to choose between 3 teams - Valor, Mystic, and Instinct. Choosing your team determines which gyms you can attack & defend!

Step 5: Pick Which Pokemon To Raise

When choosing which Pokemon to raise, focus on three things - move set, IV (Individual Values), and CP limit. A good combination of these 3 factors will give you Pokemon strong in battle.

Even if you catch the same Pokemon, they can have different move sets. Choose those that are powerful so that this Pokemon can be effective in battle.

IV or Individual Values are an unseen set of numbers that indicate the capacity of your Pokemon's growth. Raising Pokemon with higher IVs provides a higher limit in statistics when powering them up.

Some Pokemon naturally have higher CP limits than others & the higher evolution forms usually have a higher CP limit than their base forms. Focus on raising Pokemon with a higher range of CP to make them stronger.

Evolve Or Power Up To Strengthen Pokemon

There are two distinct ways to make your Pokemon stronger - evolving them or powering them up. Evolving Pokemon means transforming them into a more powerful version while powering up a Pokemon means increasing their CP.

You need a lot of Stardust and Pokemon Candy to evolve or power up your Pokemon. These can be gathered by playing the game, capturing & transferring Pokemon, hatching eggs, and more!

Evolve & Power Up A Variety Of Pokemon

You'll be needing a variety of powerful Pokemon to win gym & raid battles in this game! Raise, evolve, and power up Pokemon of different Types to make sure you have a powerful contender in every battle.

In gym battles, you'll be able to fight against the Pokemon of other players! You can battle up to 6 defending Pokemon and when you defeat a gym, you can take possession of it for your team's territory.

Defeating a gym allows you to leave a defending Pokemon. The longer they stay guarding the gym, the more coins they'll earn! You can use these coins in the Shop to buy lures, Poke Balls, bag upgrades, & more!

Check Out How To Earn Pokecoins Efficiently!

Gyms also play host to raid battles! These feature legendary or rare Pokemon that you have to battle. Once you defeat these Pokemon, you get a chance to capture them!