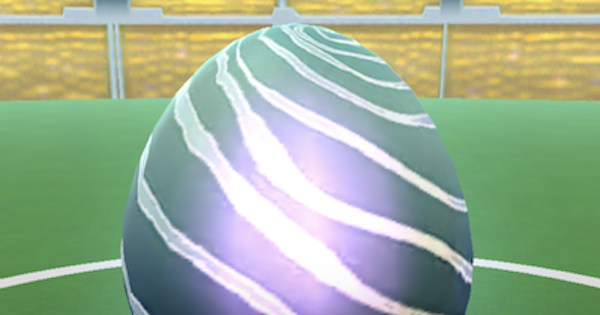 Read this Pokemon Go guide for a list of all Raid Boss Eggs in the game as of February 2020. Find out about weather boost, raid level, spawn rate, rarity, and IVs here!

Check Out The Raid Battle Guide!

※ Shiny: Yes means that it's possible to catch a shiny version of that Pokemon after the raid battle.

Unlike regular wild Pokemon, Pokemon which are obtained after defeating a Raid Boss have their level fixed at 20.

The weather system also seems to have an affect on Raid Bosses. Any Pokemon under the effect of a weather buff will have its level increased by 5 when caught (to 25).

Find Out IVs From CP

Although all raid Pokemon will be the same level when captured, their CP will differ! This means you'll still be able to determine the IVs of the Pokemon by looking at a CP/IV reference chart!

What Are IVs Exactly? Find Out Here!

There are currently 3 types of Raid Boss eggs in the game: yellow, pink, and black. All 3 spawn from different raid bosses and are different levels.

Raid Items Drop From All Difficulties

Regardless of the type of egg or star-rating, you will be able to obtain TMs and Golden Razz Berries. However, the harder a boss is, the easier it is to obtain rare TMs.

*Only items obtained from raid boss battles are listed here.

The following information was compiled from 2942 different Raid Boss appearances.

Legendaries Spawn The Most

If you see a 5 star egg appear, a Legendary will hatch from it with near absolute certainty. Legendaries are the most common types to spawn out of all Pokemon, occupying 22% of all Pokemon that spawn.

4 Star Eggs Are Quite Rare

Eggs with 4 stars are comparatively rare, appearing only 9% of the time. This means that Tyranitar will only have a 1% chance of spawning overall.