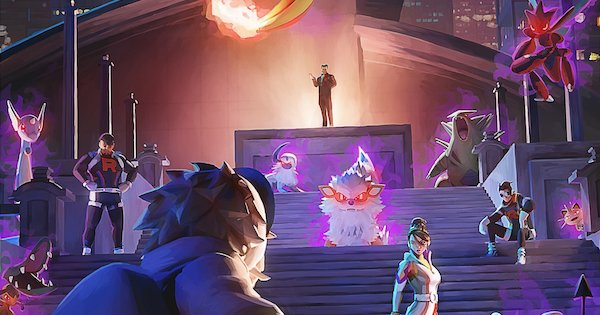 Who Are the Team Go Rocket Leaders?

What is Team GO Rocket?

Team GO Rocket is an organization that has invaded the world of Pokemon Go! Because of this certain types of Pokemon have started to appear more often! Team GO Rocket allows you to participate battles against AI that can reward you with special Shadow Pokemon!

Comprised of Grunts, Leaders & The Boss

Team GO Rocket is comprised of Grunts, Leaders, and their boss Giovanni. While defeating grunts may be easy for you, expect the difficulty to start ramping up once you start to challenge the Team Leaders and boss!

Team GO Rocket has has three leaders. These leaders are represented by one of the primary colors, each corresponding to a Team Leader's color!

Team Leaders will have extremely strong Pokemon in their party when you challenge them to a fight. Remember to power up your Pokemon and put them in your party before challenging them to fights!

Check Out How to Power Up Pokemon Here!

Team GO Rocket Leaders will also have Shadow Pokemon, which you can rescue after you beat them. These special Pokemon may possess special abilities that normal Pokemon do not have!

A Rocket Radar is an item needed to reveal the locations of the Team Leader's hideouts. Remember to use the Rocket Radar to scan a Pokestop and see if it is disguised as a Team GO Rocket hideout!

Check Out How To Get Rocket Radar!

In order to get Rocket Radars, you will need to collect 6 Mysterious Components and assemble them. You can get these mysterious components by defeating Team GO Rocket grunts at Pokestops.

Cliff does not use several different types of Pokemon, making it easy to create a team to beat him! It is recommended to have a Lucario, a Pokemon that knows Hydro Cannon, and Grass type Pokemon to increase your chances of winning!

Arlo focuses on having some variation to his team, making it quite unpredictable during fights! It is recommended to fight him once to see the composition of his team. From there, you can create your own team.

Sierra will habitually try to exploit your team's weaknesses, making it quite difficult to defeat her. However, having multiple Lucarios in your team can greatly increase your chances of winning!