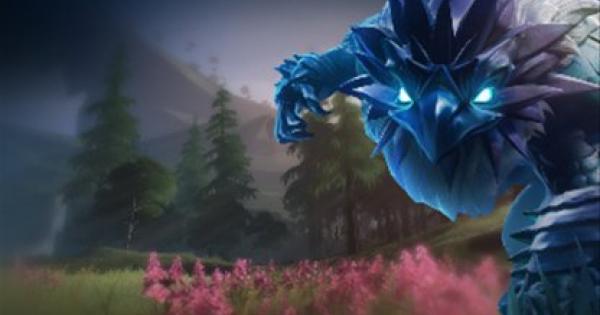 Check this Dauntless guide on the weaknesses of the Behemoth - Koshai. Find out useful skills to counter its attacks & how to beat, interrupt, and boop the Behemoth!

Uses Thorns To Pin You Down

As a Terra Behemoth, the Koshai uses control over thorns to slow down Slayers. Its thorns disable dodging, and cause damage over time, so avoid getting caught in it. You can jump and perform-weapon related abilities to move away such as the Hammer's Double Jump or Chain Blade Push / Pull.

Koshai sometimes summons a tornado around him, and being caught inside it will prevent your Stamina regen. While you won't take direct damage on your HP, this will prevent you from using heavy attacks and dodging so be careful.

The Koshai is dangerous as well given its fast movement and quick strikes. However, some of its moves present opportunities for interruption and booping, but requires precise timing and focused DPS.

Appears As A Dire Level Behemoth

The regular Koshai has a threat level 10, making it a Dire Level Behemoth. There are no lesser variants of this Behemoth.

The Koshai is generally weak against Shock weapons, and you'll have bonus resistance when fighting it using Terra armor.

Since the Koshai has plenty of interruption opportunities, Overpower will prove quite useful as this improves your damage when the Koshai is down.

This is a fast attack that starts with the Koshai raising one of its arms and slamming it down quickly. A move that's hard to read, Slayers should watch out and dodge when they can.

The Koshai will summon thorns to cover ground, slow down Slayers, disable dodge, and even block access to Aether vents. Destroy the bulb at the center to destroy all the thorns in one go.

The Koshai will swing its tail and make a return swing, damaging all Slayers within its reach. The move has a pretty long range, so make sure to dodge twice whenever it swings its tail to avoid damage from the return.

The Koshai will start flying in a circle to generate a gust of wind. As he flies, make sure to avoid him as he can still damage Slayers, however the wind around him does not cause any damage. Instead, it removes stamina regen.

One of his interruptible moves, the Koshai will perform a series of slow pounces. There's a small window to interrupt this move, which is indicated by prompts on the Koshai's head.

Pounce From Below Ground

He can also perform the pounce attack when he burrows himself beneath the ground. As he reemerges, he will pounce on one of the Slayers. Watch for a green light and some vines, as these will appear whenever he reemerges from the ground.

Vine Wrap and Charge Up

The Koshai will wrap itself up on top of a vine. Do enough damage during this phase and he can be interrupted and knocked off the vine, making him vulnerable.

Fail To Knock Him Off And More Thorns Will Appear

If the party is unable to knock him off the vine, he will summon bulbs that will slowly descend, which will cause damage and knock down Slayers that are hit. Bulbs will also cover the area with thorns.