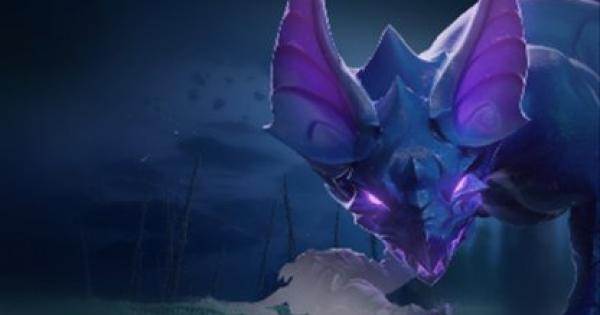 Check this Dauntless guide on the weaknesses of the Behemoth - Riftstalker. Find out useful skills to counter its attacks and how to beat, interrupt, and boop the Behemoth!

The Riftstalker is one of the most agile & Behemoths you will face in the game. It's fast, and can use it's teleportation to assault you from all angles so watch out. It's high speed gives it enough momentum to strike a Slayer with significant damage!

Has Teleportation & Control Over Dimensional Rifts

Using its Umbral power, it tears open portals and dimensional rifts to take control of the battlefield. It can even drag Slayers to its pocket dimension where it can send a barrage of Umbral projectiles and clones of itself to attack Slayers!

Appears As A Dire Level Behemoth

The regular Riftstalker has a threat level 9, making it a Dire Level Behemoth. There are no lesser variants of this Behemoth.

Use Radiant Weapons For More Damage

As with other elemental Behemoths, The Riftstalker is weak against its binary opposite element, which is Radiant. So when taking out the Riftstalker, arm yourself with a Radiant weapon like from the Valomyr.

Focus on Interrupting The Riftstalker

There are plenty of opportunities to interrupt the Riftstalker, mainly whenever he comes out of his portal. Weapons like the Axe and Hammer are great for interrupting. Practice the timing well, and you'll open up huge damage opportunities for the team.

Overpower improves damage on staggered Behemoths, and that includes the interrupted state. This Behemoth relatively has a lower health than others, so you'll be able to take it out fast.

This attack is pretty fast and hard to telegraph up close. It will perform this attack by lowering its body, and pounce on a Slayer right in front of it.

Another easy to miss move, pay attention when its surrounded. Once it roars, dodge away as the roar will immediately be followed by the tail swipe.

These portals will shoot out Umbral projectiles. These can be easily dodged or move behind it, however, you must take avoid crossing over these portals as the floor below it will cause the Corruption status which deals damage over time and slows down your speed until you attack the Riftstalker.

It will burrow itself through a dimensional tear and drag all slayers into a small tight space. This is followed by a series of other devastating attacks. Beware of stepping towards the outer bounds as it can cause Corruption status as well.

Inside this pocket dimension, he will send Umbral clones towards you from all open portals. These clones will perform the claw swipe.

It will also send out Umbral projectiles from open portals, so simply focus on dodging when you this move.

When enraged, the Riftstalker will create two portals and charge up its speed by falling through it over and over. It will then shoot out from a random portal and will cause a significant damage when hit. Focus on evading and running away during this phase.

Hide Behind Or Stand On A Rock

During this phase since the priority is to avoid this attack at all costs, simply hide behind a rock to avoid getting hit by this attack. Standing on a rock also works since the attack comes out at ground level.

The Riftstalker offers plenty of opportunities for booping or interrupting, mostly whenever its coming out from the portal. A well timed heavy attack can interrupt the Riftstalker as it comes out of a portal. Never do this on his enraged state though as you'd risk taking on lethal damage.

Whenever the Riftstalker comes out of a portal, he can be interrupted with a concussive grenade. This is handy for Chain Blade or Repeater wielders as their attacks cannot interrupt by default. However, the timing for this can be challenging as you will be locked out from dodging while using grenades.

Look for Bright Portal in Dimensional Rift to Boop

When dragged into its dimensional rift, watch out for the portal that lights up in pink. This is where the real Riftstalker will appear from. Use a heavy attack to disrupt him.