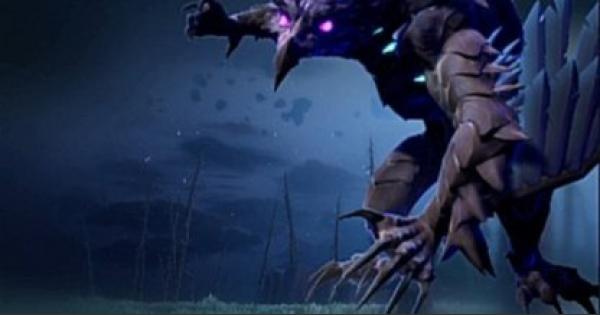 Check this Dauntless guide on the weaknesses of the Behemoth - Shrowd. Find out useful skills to counter its attacks and how to beat, interrupt, & boop the Behemoth!

The Umbral Behemoth Shrowd is one of the last Behemoths you'll face in Dauntless. It has several dangerous phases that involve unique shadow attacks so Slayers should be on their guard when fighting this Behemoth.

Behemoth Only Available In Heroic Difficulty

The Shrowd will only appear once you've unlocked Heroic difficulty, making it one of the more challenging Behemoths to fight in Dauntless.

Self-Revive Can Only Be Done Once

When you're downed in the fight against Shrowd in Heroic+ difficulty, you can only revive yourself once in the entire hunt. Keep an eye on your HP bar or rely on your teammates to revive you in this hunt when you're downed.

You'll be able to lessen the Umbral damage you receive from Shrowd by equipping Umbral armor. To deal more Radiant elemental damage, bring your most powerful Radiant weapons in this fight.

The Shrowd will disappear and create a small shadow dome around the Slayers that will limit their field-of-view. You need to run around and look for the Shrowd, follow its moves so you can interrupt it & get rid of the shadow dome.

Shrowd Disappears In Red Portal To Signal This Move

When the Shrowd suddenly flies into the sky and disappears into a red portal, you'll know that it'll create the shadow dome, limiting your sight of the map. Be prepared to look for the Shrowd in the darkness & dodge when it attacks you.

Shrowd's Eyes Glow When Near

While searching inside the shadow dome, you will be able to spot the Shrowd's glowing eyes when you're near it. Follow its movement to know whether you should attack or dodge away.

Boop Shrowd When Inside Shadow Dome

The only time you can boop or interrupt the Shrowd is when it is enraged and gliding over you in the shadow dome. Like the Shrike & Skraev, it will charge then glide over you - this is the perfect moment to boop it.

Shrowd Will Charge Then Glide

Like the other owl-type Behemoths in Dauntless, the Shrowd will also charge towards a Slayer first, then rev up to glide towards them. Dodge from the charge, quickly face the Shrowd when it glides then hit it with a heavy attack to boop it.

The Shrowd also throws a shadow ball into the field that grows in size over time. When it reaches critical mass, it'll explode and do big damage to Slayers in a very wide range.

Slayers should focus on destroying the shadow ball as soon as they spot it. Leaving it to grow and explode will cause critical damage, lowering your HP enough that you can get downed by the Shrowd's next attack.

The Shrowd will occasionally summon shadow clones as a single attack towards you or as a sentient being that will attack you until you destroy it.

Hit Shadow Clone First As It Has Lower HP

When the Shrowd summons a sentient shadow clone, focus fire on it until it is destroyed. It has a low HP bar and will be easy to defeat. It's best to do this first as it is harder to deal with 2 big Behemoths at the same time, even if one is a shadow clone.

The Shrowd will slam the ground and throw black goop that, when touched, will inflict Corruption on Slayers. This debuff slows you down and deals damage-over-time.

Attack Shrowd To Get Rid Of Corruption

To get rid of the Corruption status effect, you need to keep hitting the Shrowd. Make sure to watch its movements to find attack openings then hit it until the status effect disappears.

If you're looking to collect Behemoth reagents from the Shrowd's leg parts (Twisted Shadowspur), make sure to target its toes instead of its legs. The part breaking damage registers on the toes in the current state of the game.