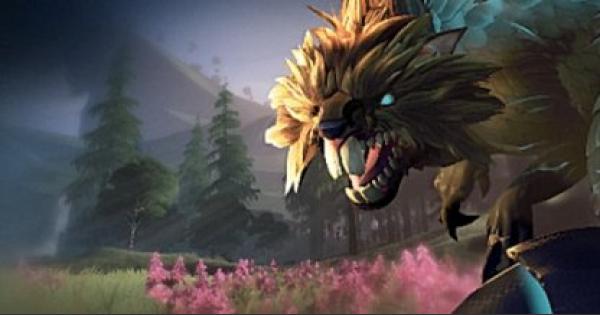 Check this Dauntless guide on the weaknesses of the Behemoth - Gnasher. Find out useful skills to counter its attacks and how to beat, interrupt, and boop the Behemoth!

A Neutral Behemoth, the Gnasher is the first one you'll be introduced to in your hunts. It does its main attacks through its tail and can inflict Wound status on you if you're not careful.

One major difference between the Ragetail Gnasher and its normal variant is the addition of shockwaves to its attacks, particularly the Forward Tail Slam and Stomps before going enraged.

Heroic Isn't That Much Different

The Heroic Ragetail Gnasher does not differ much compared to the Ragetail variant. It does deal much more damage and is a lot tougher though.

Bring Your Most Powerful Loadout

The Gnasher is a Neutral Behemoth and does not have any elemental strengths or weaknesses. It's best to bring your most powerful and effective loadout in the game to defeat it quickly.

The Ragetail Gnasher can inflict the Wounded status on you if you get hit by its tail. This causes you to take increased damage when you run out of stamina. To shorten the duration of this status effect, equip the Bloodless Perk.

The Gnasher does powerful tail swings & attacks That can deal huge damage to Slayers, if they're not careful. These can be countered by dodging backward, away from the swing.

The Gnasher also throws its body forward to slam its tail on the ground. You can dodge horizontally to avoid taking damage.

When the Gnasher is enraged, it'll do a series of tail slams one after the other. This can hurt a lot so move backward because the Gnasher turns as it does its tail slams.

Cut Tail Off To Stop Its Tail Attacks

To stop the Gnasher from doing its tail attacks, attack and target its tail first to cut it off. This will remove the tail attacks from its moves list.

Does Shockwaves With Stomps & Tail Slams

When the Ragetail Gnasher stomps on the ground or slams its tail or body, it will send shockwaves towards a random Slayer. You can avoid this by dodging horizontally, away from the shockwave.

If you get hit by a Ragetail Gnasher's tail, you'll get inflicted with the Wounded status effect. Heal up quickly or stay still for 4 seconds or you'll get damaged severely if you lose all your stamina.

Gnasher Is Boopable During Its Face Slide

Both versions of the Gnasher can be booped or interrupted when it slides forward with its incisors. Aim for the face to interrupt this move.