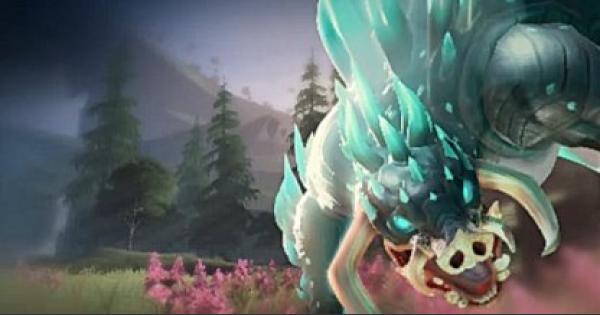 Check this Dauntless guide on the weaknesses of the Behemoth - Quillshot. Find out useful skills to counter its attacks and how to beat, interrupt, and boop the Behemoth!

Fires Quills From Its Body

The Quillshot is a Neutral Behemoth that does damage to Slayers by firing its quills towards them. It also does several body slides, using quills on its body as a weapon.

The Deadeye Quillshot has similar attacks to its regular variant but has more accurate quill shots that home onto Slayers. It also turns when it shoots quills from its back, repeating this move several times towards different directions.

In the Heroic difficulty, the Deadeye Quillshot receives a buff called Aether Shrapnel which turns its quills into a homing barrage of explosives that can deal Shellshock status. This gives you a temporary blinding effect, prevents sprinting and increases stamina costs of attacks and dodges.

The Quillshot is another Neutral Behemoth that doesn't have any elemental tendencies. It's best to bring your strongest, most effective weapons and toughest pieces of armor when facing this Behemoth.

Use Ragehunter Cell To Deal More Damage When Enraged

The Quillshot can be staggered or interrupted while it is enraged and firing quills. Having the Ragehunter Perk or Cell will help you and your team damage & stagger the Quillshot faster.

To counter the Heroic Deadeye Quillshot's ability to inflict Shellshock, equip a Perk or Cell called Shellshock Resist. This lessens the duration of the status effect, and, in high enough levels, can make you immune.

Rains Quills Around Itself

The Quillshot will stay still and fire a barrage of quills vertically into the air. It'll rain down around its body and you can simply dodge back then forward to avoid getting hit.

Lies Down & Shoots Quills From Its Back

The Quillshot will slam its body into the ground and shoot quills from its back. Dodge towards its exposed body part to do damage to it while it is lying down.

When the Deadeye Quillshot vertically fires its quills, they will now be more accurate and zone in on where you stand. Avoid taking damage by dodging right before they hit you.

Turns When Lying Down & Shooting Quills

The Deadeye Quillshot will do the same move as it regular version but when it fires quills from its back, it uses that momentum to swivel and turn direction. Dodge or move with its direction to stay on the safe side of the Behemoth.

Can Be Staggered When Enraged & Firing Quills

The Quillshot can be interrupted when it is enraged and firing quills from its body. You don't have to target a specific body part but enough damage has to be done to knock it down or stagger it.