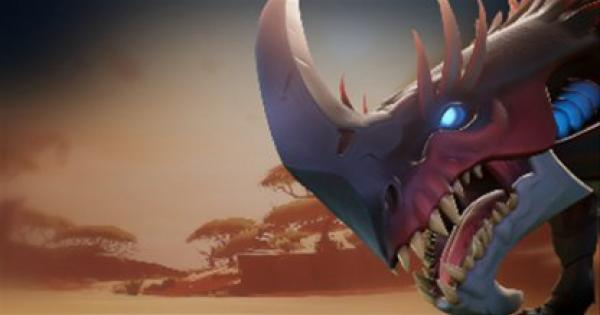 Check this Dauntless guide on the weaknesses of the Behemoth - Embermane. Find out useful skills to counter its attacks & how to beat, interrupt, & boop the Behemoth!

Constantly On The Move

The Embermane uses its fast speed to get in and out of striking distance quickly. It is constantly on the move making it hard for Slayers to continuously strike hits on it.

Bloodfire Embermane Will Try To Confuse You

The Bloodfire Embermane will try to confuse you while it is rushing at you. It will feint attacks by jumping around Slayers before going in for the real pounce.

The best way to make your loadout effective against Embermanes is to equip Frost Weapons and Blaze Armors. The Frost weapon will deal added damage to the Embermane, while you will get less damage due to your Blaze Armor.

The Molten & Fireproof Perks negate the fire damage and lessen the duration of the on fire status respectively. On top of this, the Molten Perk spawns Molten Hearts which increases attack speed and damage for Slayers!

The Knockout King Perk is very useful for players that have the ability to boop the Embermane. This increases your stagger damage to the Behemoth, allowing you to boop it more times, and leave the Behemoth vulnerable!

Charges At You & Pounces

The Embermane will create some distance between itself and the team. It will then start charging at one of the Slayers to pounce on.

Once it starts charging, group up and land a heavy attack on the Embermane's head to boop it. There are many opportunities to boop it since it does this attack so often.

Stays In One Position & Lashes Around

Another Embermane attack is to stay in one position close to the Slayers, and start lashing around. It is hard to deal a significant amount of damage here since its tail whips and headbutts cover a wide area around it.

The Embermane also has a few ranged attacks in its arsenal. If it is far away from you, and does not start rushing toward a slayer, it is probably charging up a ranged fireball attack. It has 2 types of ranged attacks.

The Embermane will shoot out multiple Fireballs in a wide area around it. The Fireballs will keep going until they hit an object or Slayer. This can be evaded by dodging to the side of a Fireball.

After lowering it's head, the Embermane will spit out multiple Fireballs which are targeted near each Slayer's positions. These Fireballs can easily evaded by moving in any direction.