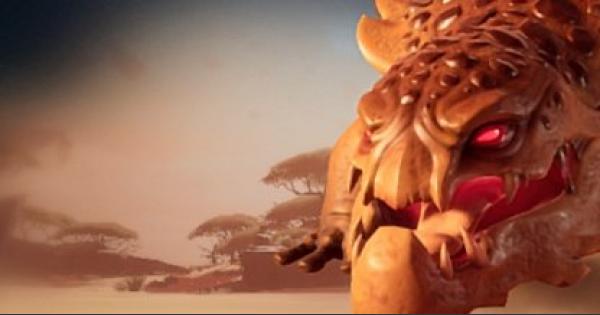 Check this Dauntless guide on the weaknesses of the Behemoth - Charrogg. Find out useful skills to counter its attacks and how to beat, interrupt, & boop the Behemoth!

The Charrogg is a Blaze Behemoth that spews magma on the ground and shoots jets of fire from its body. It also throws moving balls of magma that explode when making contact with any Slayer.

Firebrand Charrogg Has Variation Of Attacks

The Firebrand Charrogg will do a variation of attacks that's different from the normal Charrogg. It'll do several tail smacks on the ground instead of 1 and the direction of its magma jet spin will be more unpredictable.

To counter the heavy Blaze attacks that the Charrogg does, equip a full set of Blaze armor. Use a Frost weapon to deal more elemental damage as the Charrogg is weak to this attribute.

Equipping the Molten Perk from the Hellion armor will make you immune to fire damage. This is an essential Perk to have when fighting the Charrogg which spews magma and fire all around the area.

Equip Fireproof If You Have No Molten

If you don't have enough Hellion reagents to craft its armor, you can use several pieces from the Embermane armor to equip the Fireproof Perk. You can also get this Perk from Cells of the same name.

The Charrogg will shoot flame jets from its fire sacs and will slowly spin in one direction. This is very dangerous as the attack does damage and can make you catch on fire, adding damage over time to your HP bar.

You can break the Charrogg's fire sacs to stop it from spewing its flames when it makes its move. Focus your aim on these fire sacs to protect yourself from fire damage.

The Charrogg will also spit out a giant molten lava ball that will track a random Slayer. When it hits you, it will explode and cause big amounts of damage.

The best way to avoid taking damage from the Charrogg's molten lava ball is to run or dodge away from it. Hitting it will cause it to explode so it's best to just outrun it. It will explode on its own over time if it doesn't hit anyone in your team.

Firebrand Charrogg Does Variety Of Attacks

The Firebrand Charrogg will do 3 more tail smacks instead of the normal 1 like its regular variant. Dodge away from its tail to avoid taking continuous damage from this attack.

When the Firebrand Charrogg attacks with its fire jets, it won't just spin in one direction. It will follow a random Slayer and will have more unpredictable movement. Stay underneath the Charrogg to continue attacking or just move away to avoid getting hit.

The Charrogg has no known moves that you can interrupt in the fight. It's best to bring your best equipment to counter the Charrogg as the fight can be tough with all the fire damage it can dish out.