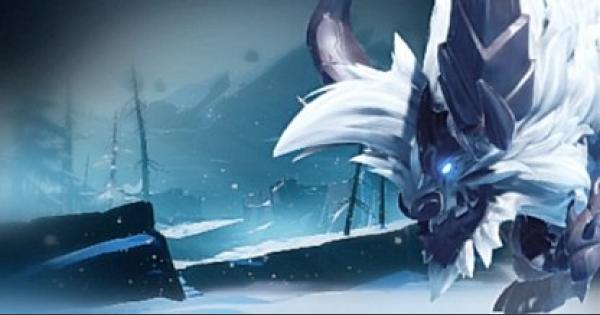 Check this Dauntless guide on the weaknesses of the Behemoth - Boreus. Find out useful skills to counter its attacks and how to beat, interrupt, and boop the Behemoth!

Encases Itself In Frozen Armor

The Boreus is known to encase itself in an armor of ice, making it immune to all types of damage. This can be countered by building up your boosted hits via defeating its minions.

The Dreadfrost Boreus hits stronger and harder than the regular version. It can also cause the Chilled status effect which will slow you down. You can dodge its attacks or counter this by equipping a Warmth Cell.

Basic rule of thumb when fighting a Boreus is to equip a Blaze weapon to deal larger damage per hit. Then use Frost armor to protect yourself from the Boreus's Frost elemental attacks.

To make the hunt faster and more efficient, equipping Cells such as Sharpened and Weighted Strikes will increase your Wound and Part Damage. This allows you to stack the damage you deal, making it easier for you to break parts and down the Boreus.

When fighting the Dreadfrost Boreus, it has the capacity to inflict the Chilled status effect on you with its attacks. To protect yourself from this, equipping the Warmth Cell will help prevent getting these status effects.

Covers Itself In Tough Frost Armor

The Boreus will encase itself in highly-durable frozen armor once in a while. This armor is immune to all damage and requires a special mechanic for you to break through it.

When the Boreus is in its frozen armor, it'll summon small minions to fly around and attack you. Defeating these small mobs will give you a buff that will allow you to hit Boreus with 300 damage per buff stack regardless of weapon used. Defeat as many as you can and hit the Boreus to break through its frost armor.

When the Boreus summons its minions, aim to bring down the rounder ones first. These explode if left alone and can deal painful AoE damage. However, you can hit and explode them to chain attack other minions or hit the Boreus with higher damage.

The Boreus can also stagger and knock your attacks back with several strong moves. It will charge towards you and do stationary stomp attacks. Avoid taking damage or breaking your combo by dodging through these attacks.

The Boreus swings its tail to one side and swings it back to the other side. You will be able to foresee this move as it lifts its right leg up before it swings its tail. Prepare to dodge twice. This can be hard to see if directly under Boreus so watch out.

There is no known boop or interrupt opportunity when fighting against the Boreus, making this a long and tedious fight. It's best to deal your most high-damaging and staggering attacks and counter its frost armor to bring it down quickly.

2 "boop"s. Heavy hit the head on sweeps to make him stagger. SPC attack on dreadfrost charge to flip him over.