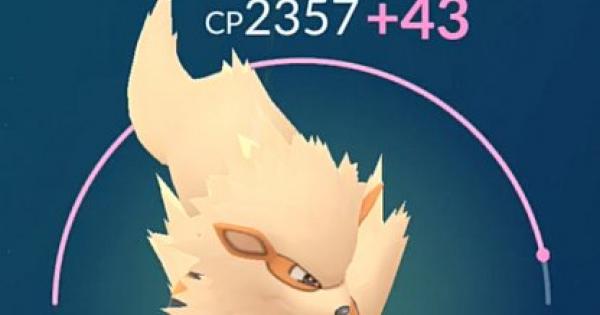 Read this Pokemon GO guide on the recommended & best Pokemon to power using Stardust & Candy. Know which to power up for legendary raids, gym battles and defense, & more!

Check Out How To Raise CP Here!

Priority In Powering Up

[NOTE] Power Up Pokemon Until PL 30

It's recommended to power up Pokemon only until Pokemon Level 30. Doing so after this level doesn't make any noticeable change in its statistics so it's best to use your resources on other Pokemon instead.

Pokemon Is Level 30 After Stardust Needed Is 5000

You can figure out the Pokemon's Level by the amount of Stardust required to power it up. When the Stardust needed reaches 5,000, when you power up the Pokemon twice after, it's already at PL 30.

Check Out Ways To Earn Stardust!

The first few Pokemon you should power up are those that you use in gym and raid battles. Since Stardust is a precious & hard-to-get commodity, power up the Pokemon that are used more often.

Power Up Pokemon With High CP

High CP Pokemon Can Save You Stardust Cost

Catching a Pokemon with already high CP will save you a lot of Stardust. It's best to decide using the Pokemon's CP whether or not you will power it up. Try to power up Pokemon with IV of 90% and above, too!

Catch During Weather Boost To Get High CP

Pokemon with a weather boost also appear with a higher CP. They spawn more often and can have a maximum Pokemon Level (PL) of 30, so try to capture as many as you can to get high stat Pokemon.

Power Up Pokemon With Good Moves

Even if a Pokemon's CP or IV is low, it's best to prioritize powering up Pokemon with strong, flexible moves you can use in battle. Moves are crucial in combat, determining the damage depending on its Type & effectiveness.

Moves Can Be Changed Via TM

You can sometimes receive a TM when defeating a raid battle. These can be used to change the moves of your Pokemon. A Pokemon with high IV but ineffective moves can be bred for battle simply by using a TM on it.

Power Up High IVs When Raiding With Small Group

In battle, high IV Pokemon aren't that important. The IVs come into play when you are fighting a high-level raid boss with only a few people. This is when high IV Pokemon have an advantage.

Check Out What Is Individual Value!

A Pokemon's IV cannot be changed once it is caught. As these values are already set, players should keep catching Pokemon for higher chances of getting a high IV Pokemon.

Hatching eggs or defeating then capturing raid bosses will give you higher chance of getting high IV Pokemon. If you're looking for Pokemon with higher Individual Values, this is the way to go.