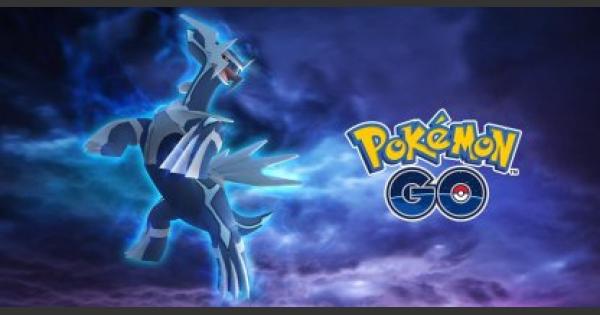 Enter into another dimension with the new featured Raid Boss: Dialga! Learn everything about its appearance here, including the raid duration, weaknesses, & its CP & IV stats.

Legendary Dragon & Steel Type Pokemon Dialga is appearing in raid battles as raid bosses! Take it down for a chance to capture Dialga and add this Pokemon to your collection.

Dialga will receive a CP boost when the weather is snowy or windy. At 100% IV, a Dialga will have a boosted CP of 2884.

Dialga does not have a lot of weaknesses but it is vulnerable against Fighting or Ground moves. Don't use fellow Dragon Pokemon as they are also weak to Dragon Type moves.