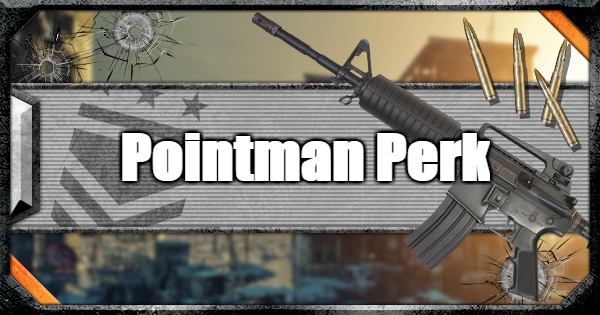 Check out the Pointman Perk guide in Call of Duty: Modern Warfare & Warzone! See what the perk does in multiplayer, how to unlock it, and recommended game modes!!!

Removes Killstreaks & Turns Them into Scorestreaks

Earning and deploying Killstreaks are now based on earning points rather than kills. The Pointman Perk allows you to unlock Killstreaks by killing enemies and doing specific actions, including assists and completing objectives!

Earns More Cash For The Whole Team In Warzone

Pointman will let the whole team earn more cash when completing contracts. It is a very useful perk to have if your team pursues contracts, as cash is used for Loadout Drop & Buy Stations.

Recommended for a Less Aggressive Gameplay

The Pointman Perk is best fit for players whose gameplay is not as aggressive. This highly benefits players who would rather do objectives and helping teammates rather than only earning kills.

Earning points is easier in game modes where there are objectives. Game modes like Hardpoint and Domination will give you tons of points by doing objectives.

Requires More Actions to Get Killstreaks

Since the Killstreaks will become score based, it requires more actions to unlock Killstreaks. For example, a 3-kill Killstreak is equal to 500 points with killing an enemy only giving 125 points.

I think this should be converted to a loadout specific toggle like specialist. The pros/cons vs the other perk 2 options is not worth it.