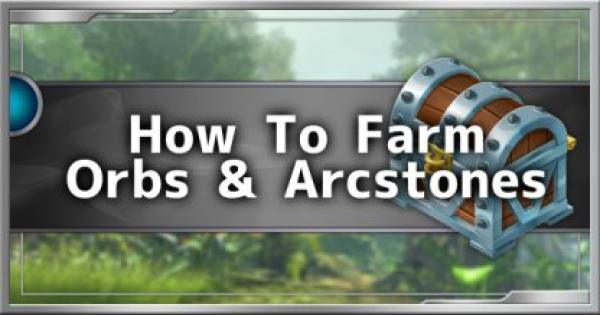 Check out this Dauntless farming guide on how to get, obtain, or farm Orbs and Arcstones fast from Patrols and breaking Behemoth Parts.

Check Out The Material Farming Guide!

How To Farm Orbs Fast

Orbs are best obtained by completing Patrol Hunts, which are random hunts aimed toward a specific element. Upon completion of the Patrol Hunt, you will get at least 10 orbs of the hunt's element.

Each day, you can complete two daily patrols that reward bonus rewards which gives you twice the amount of Orbs from Patrol Hunts.

If you missed doing the previous day's patrol bonus, it gets carried over to the next day, allowing you to stack up to 6 patrol bonus rewards as of Patch OB 0.8.0.

To maximize orb yield, break off Behemoth horns and tails as well, as orbs drop when you break them.

How To Farm Arcstones Fast

Check Out Difference In Difficulty Levels!

The same way as farming Orbs in Dauntless, the Arcstones you receive will be doubled when you still have available Daily Patrol Rewards.

Orbs are materials primarily used to upgrade weapons and armor of a specific element. These are obtained by breaking certain parts from Behemoths, but are primarily received as rewards from Patrol Hunts.

Check Out How To Upgrade Your Gear!

Check Out What To Do After The Endgame!