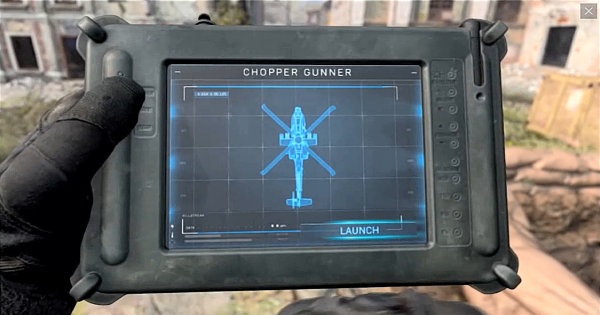 Read this guide to learn about the Chopper Gunner Killstreak in Call of Duty: Modern Warfare 2019 & Warzone! Find out how and when to use the Killstreak, gameplay tips, and more!!!

The Chopper Gunner lets you take control of a chopper hovering over the battlefield! Use the chopper's rockets and machine guns to rain down heavy firepower on your enemies!

Multiple Weapons At Your Disposal

The Chopper comes with an infinite amount of cannon rounds that you can use to take out or suppress enemies. You will also be equipped with hydra rocket missiles for explosive damage over a wide area!

You also have the ability to steer the chopper in the direction that you want to go. Use this to get a clear line of sight against enemies who are hiding behind cover!

Can Be Shot Down By Enemies

Note that your chopper will be a high priority target for the enemy team. Expect several enemies to use Launchers and other means to bring your chopper down, and cut your hard earned killstreak short.

Keep an eye out for enemies that are trying to lock on to your chopper with their launchers. Kill them first to avoid getting hit with missiles, prolonging your killstreak!

Use Thermal Vision to Locate Enemies

The chopper will highlight enemies in red for you. However, you can switch to thermal vision in order to clearly see enemy positioning. Note that players with Cold-Blooded Perk will not be detected by Thermal vision.

Use Rockets to Take Out Groups of Enemies