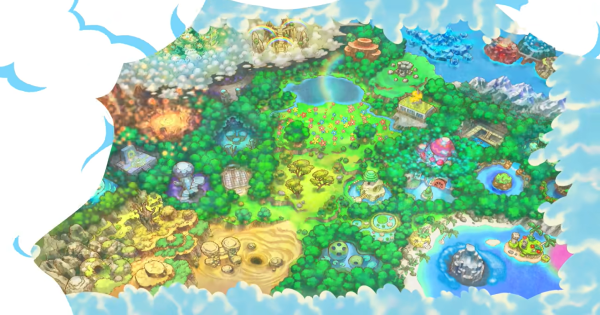 Read this Pokemon Mystery Dungeon DX guide to learn more about Rescue Camps! Find out more about the new feature that has replaced Friend Areas in older games. Learn how to get camps, what they are for, & more!

Check Out the Beginner Tips Here!

How To Get Rescue Camps

You'll be able to unlock Wigglytuff's Camp Corner after you complete the battle with Skarmory in Mt. Steel. After the job, you'll get prompted to visit Pokemon Square & open up Wigglytuff Camp Corner.

If you use an item called a Wigglytuff Orb, you'll be able to access the camp creation interface mid-dungeon. This is useful for when you see a Pokemon you want to recruit, but don't yet have the appropriate camp for.

Purchase Camps You Want To Unlock

Once the Wigglytuff Camp Corner is unlocked, you can choose which Rescue Camp you want to purchase. After purchasing a camp, they will appear when you exit the screen to the left of your house.

Check Out Which Rescue Camp To Buy First!

When you recruit a legendary Pokemon, they will have a Rescue Camp of their own in town. These will not cost you any Poke Coins.

Check Out Legendaries You Can Recruit!

Mew Is An Exception

In order to recruit Mew, you will need to have the Final Island Camp, which costs 9000 coins to build. If you don't have this camp, you will not be able to recruit it after defeating it!

Check Out How To Recruit Mew Here!

What Are Rescue Camps?

Place To House Pokemon You Recruit

Rescue Camps allow you to house the Pokemon that you recruit into your Rescue Team! These can be accessed by going through the path on the left side of your house. Here, you will be able to see what Pokemon you can bring with you when going on jobs!

There are several types of Rescue Camps in the game. Each Rescue Camp will let you house a certain type of Pokemon.

Camps Can House a Limited Number of Pokemon

Keep in mind that a Camp can only store a limited number of Pokemon. However, increasing your Rescue Team's rank will let you house more Pokemon in your camps!

Check Out How To Raise Rescue Team Rank!