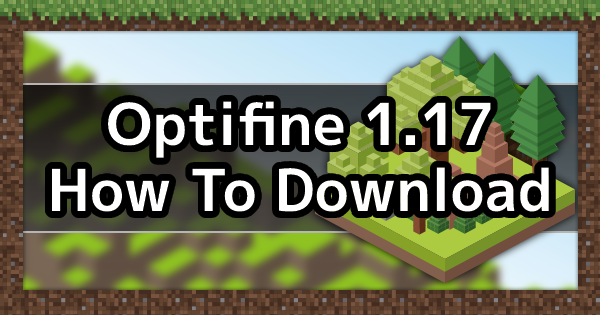 Minecraft Optifine 1.17 is the latest version of Optifine, a Minecraft mod required to use shaders! Get to know where & how to download Optifine 1.17, release date, and more!

Optifine 1.17 Preview Is Out

Players looking out to play the new Minecraft 1.17 with better visuals can do so by using the new Optifine 1.17 preview. Note as this is a new version of Minecraft, expect a couple of bugs and other errors with it. However, we can also expect the team behind Optifine to release a more stable release in the next coming days.

To download Optifine 1.17, you need to go to the Optifine official site and download it. Note that Optifine 1.17 is currently a preview build.

How To Install Optifine Guide

No Shader Options Yet

The team behind Optifine have stated that some features such as custom shaders are not yet available for Optifine 1.17. Like above, we can expect this feature to be included in the next couple of days.

Optifine 1.17 optimizes and graphically updates Minecraft's update 1.17. As with the above image, note the fineness of the leaves with Optifine 1.17. With Optifine, players can also fine tune Minecraft with added visual improvements and optimization options.

Expect Optifine 1.18 Within The Year

As Update Part 2 1.18 is set to arrive later this year, we can expect another new Optifine release for the coming update. The definite release date of Part 2 is still unconfirmed as of yet.

Graphics Mod To Use Shaders

Players may also notice a significant boost in FPS once OptiFine is installed. This can be due to the optimization that the mod introduces. This can be very helpful if you're running demanding mods.

Can Be Used With Textures

Even with version 1.17 up, you can still use old texture packs to improve your Minecraft's visuals. Unlike the effects introduced by shaders, texture packs directly change the faces of blocks and entities. Use them both to get a more visually-appealing Minecraft experience.