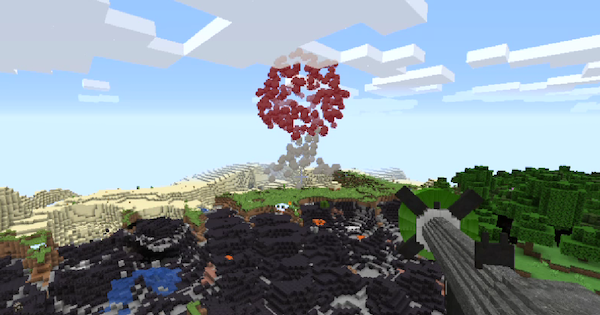 Get to know the top recommended weapons mod for Minecraft 2021 with this list! Know download contents, different best weapon mods from modern to ancient, melee & ranged mods, and more!!!

What Are Weapon Mods?

Weapon mods modify your weapon's behavior and stats, or introduce new ones. Most of these mods come with unique skins and audio for the new weapons, making them a new experience.

How To Install Weapon Mods

Installation varies depending on the mod. You should also consider several factors such as other related applications and mods, and Minecraft's version number. Installing may take a bit of time but it is definitely worth it!

Check Out How To Install Mods Here!

Build Your Own Arsenal

Techguns is arguably one of the best weapon mods out there. It introduces several weapons complete with custom effects and animations. It also includes armors and blocks to customize and build your own fire base. And the best thing about it all is that this is a stand-alone mod!

Build Your Own Automated Turrets

Although technically not a "weapon" mod per se, Open Modular Turrets allows you to build turrets to guard your base. A very well done mod and can easily be installed.

Switch Bow introduces a collection of arrows with different effects for Minecraft. If you are into archery, this mod is for you! Most of the items included in this mod can be made from vanilla materials.

Vic's Modern Warfare Mod is a mod that introduces modern weapons to Minecraft. You can use these weapons to hunt or fight bosses in the base game or multiplayer. This mod also introduces mob spawns with guns.

The Portal gun introduces the titular weapon into the world of Minecraft. With this weapon/tool, you can teleport objects from 2 different points. The applications are endless and it's fun to experiment with.

Check The Gravity Gun Mod Details Here!▲ Back to Table of Contents

One Of The Largest Weapon Mods

If you fancy carrying medieval and ancient weapons, then this is your mod. Spartan Weaponry introduces a lot of melee weapons, bows, and crossbows. Each weapon can be upgraded and modified. Bolts and arrowheads are also very varied, introducing several effects to those that they hit.

As simple as its title, this mod allows players to craft Yoyos and use them in combat. These yoyos shred anything that they touch, making it similar to blasting enemies with laser.

Spartan Shields introduces a whole new arsenal of shields made for Minecraft. It is best used with the mod, Spartan Weaponry, a weapon mod from the same author. Most of these shields can be made from vanilla materials.

SlashBlade is the mod to get if you're into Katanas and special moves. It comes with smithing and a great selection of unique swords that you can use to fight your enemies in Minecraft!

Powerful Swords From Other Games

What if swords have their own special abilities and moves? That's a question that More Swords Legacy mod answers and it answers well. This mod allows the user to craft unique swords that have their own moves set and effects. Also, enemies have a chance to drop swords from other popular game franchises.

Demon Slayer is a mod based on the famous "Kimetsu no Yaiba" manga and anime. It introduces several elements of the story to Minecraft, allowing players to relive and experience the conflicts and fights in spectacular fashion.

Check Out More Demon Slayer Details Here!▲ Back to Table of Contents

If you want a mod that can create a mushroom cloud that affects a lot of blocks, then this is it. Guns, Rockets, and Atomic Explosions also adds more weapons and different ammo types.

Make Your Own Missile Base

HBM's Nuclear Tech Mod allows you to build your own complex missile silo. It comes complete with the structures and the tools to even build your own missile. If you're thinking of making a large missile base, then this mod is a must have!

Check Out Nuclear Tech Mod Mod Details Here!▲ Back to Table of Contents