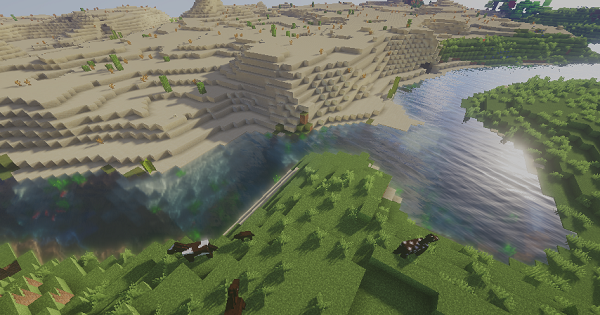 Check out this guide about the shader pack Beyond Belief Shaders in Minecraft 2021! Know its details, how to download & install, settings, requirements, and version compatibility!!!

The base file of Beyond Belief Shaders, also known as Bbepc/BBL, was created on Aug 2015 by "Daniel Rodriguez Moya". The author of the base shader has permitted user "unicornblood2468" to update the shader for everyone to enjoy.

Does Not Work On Intel GPUs

Details included in the shader specify its incompatibility with Intel GPUs and Macs. Players must have a dedicated graphics card and a non-Mac OS to be able to use and enjoy this shader.

The shader increases the contrast of Minecraft, making the game brighter during the morning and darker during the night. A major improvement done by this shader is that it improves vegetation, shadow, and water to an almost unbelievable degree.

Beyond Belief Shaders And Vanilla

How To Install Beyond Belief Shaders

Shaders Similar To Beyond Belief Shaders

BSLex Shader is already great mod but when combined with LexShino Shaders, you get a more customizable mod.