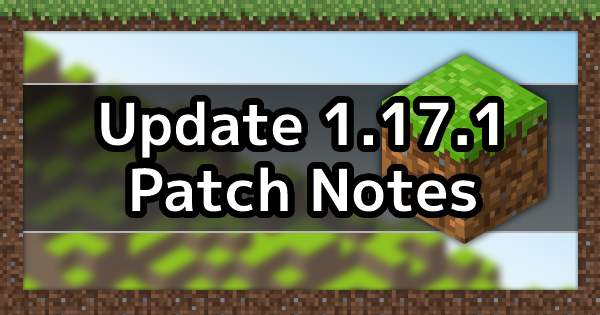 Which Edition Should You Get

Update 1.17.1 of Part 1 Caves & Cliffs is now live for Java Minecraft. It comes with several key changes to the game and also includes a large number of bug fixes. You can view the full list here.

For players that play with mods, Forge 1.17.1 is finally out and ready to download. This is a must have if you want your favorite mods to run with the latest Minecraft's content and features.

Optifine has released a 1.17.1 preview to tie in with the latest Minecraft 1.17.1. It includes visual and graphical options that users are familiar with and also now supports shaders, even from old versions of Minecraft.

For mod users that use Fabric, you're in luck. Fabric 1.17 is out and is now usable with Minecraft 1.17. However, mods that are ready for 1.17 may not be as many at the moment. Remember to download the 1.17 API before running the newest Fabric.

Just Part 1 Of The New Update

Yes, you read that right. This is just Part 1 of the 1.17 update and we can still expect more coming with Part 2. Minecraft 1.18 Part 2 will release later this year, so sit tight and enjoy the new content brought by Part 1 for now.

How To Update Java Edition

For the Java version of Minecraft, users can download the new update by simply opening the launcher. The game will automatically download the update and afterwards, you can start enjoying the game.