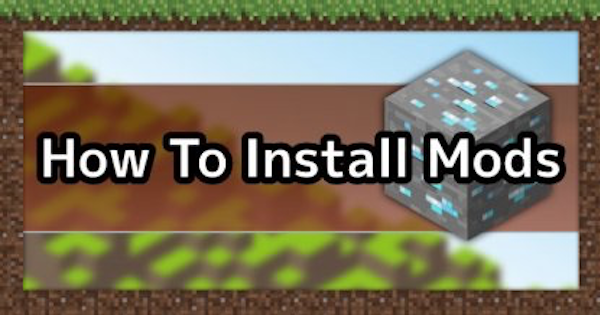 Want to modify your Minecraft game? Read this guide on how to install mods in Minecraft using Forge fast! Includes easy to understand steps, how to change Forge version, and tips!

How To Install Mods With Forge

To make the modding process easier, we suggest that you install Minecraft on its recommended default directory. This makes other mods and version changing way easier as you don't have to edit the install directory.

Download mods from websites that are proven to be safe. Research which sites are okay and keep away from ones that are sketchy. Check the forums for site reviews and to know where most people download their mods.

Before downloading mods, make sure that they are compatible with your version of Minecraft Forge. If the mod is not compatible, an error screen will display, telling you what you need to do to run the mod.

Some Mods Require Other Mods

Some mods require different mods in order to run. Make sure that all mods are compatible with your version of Minecraft Forge first before running them.

In CurseForge, related mods can be viewed under the "Relations" tab.

Store Mods In A Separate Folder

It is very likely that you will download mods for different versions of Minecraft. When changing versions, do not delete them and just store them inside folders in your mod folder.

Mod To Use Mods

Forge is a mod that allows users to easily install and enable mods. It is highly compatible with the latest Minecraft Java Edition versions and is frequently being updated. Another thing is that you can easily change versions to play mods.

Only Works With Java Edition

Forge is only compatible with the Java Edition of Minecraft. If you bought the Minecraft Bedrock Edition (Windows 10), you won't be able to use its features to install mods.

Check Out Which Editions To Get Here!

How To Install Forge

How To Change Forge Version

The process to change Forge version is similar to the installation steps above. The only difference is that you need to download a different version of Forge.

Store All Your Forge Version Files

Once you have downloaded several versions of Forge, keep them inside a separate folder. With this, if you need to reinstall a specific version of Forge, you do not need to redownload them from the site.

Mods that help your PC run Minecraft faster and more efficiently are one of the most recommended to install. These will allow you to play Minecraft in a smoother manner so you can enjoy it to the fullest.

There are tons of visual enhancement mods that you can find online for Minecraft. These change the lighting, textures, and shading of the game, making it more immersive and interesting to look at. Note that running these mods may require a more formidable PC hardware setup.

Check Out The Best Shaders Here!

Mods such as dungeon packs, botany packs, and decoration packs all make Minecraft a much more fun game to play.

Try Out These Mods!

What Are Minecraft Mods?

Mods are mostly created by Minecraft fans and players to further enhance their experience in the game. These usually add more content, change visuals, or provide an easier time at surviving in every Minecraft biome.

May Have Bugs & Errors

As mods are content done by users, some may have bugs or errors in them. This may appear in the form of some items not working as they are intended. Check the mod's changelog or updates to see if there are any errors to expect.

Can Have Compatibility Issues

When you're sure about adding mods to your Minecraft game, be sure to check the compatibility between your version of Minecraft, your mod loader software, and the mod itself to prevent errors in your games.