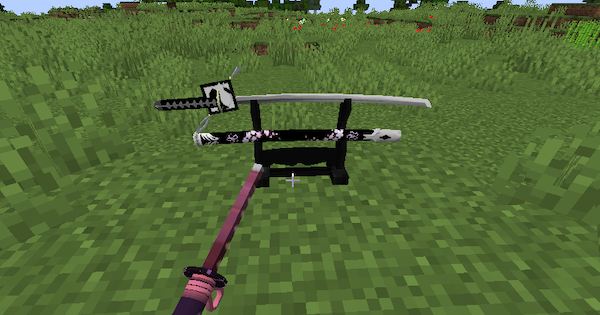 Check out this guide about the weapon mod SlashBlade in Minecraft 2021! Know its details, how to install and play, & Minecraft version compatibility!

SlashBlade is a mod that introduces several katanas complete with moves. The weapons themselves are unique, having passive abilities and effects. Also included are sword racks that the player can use to display the katanas.

The SlashBlade mod does not require any other mods to run. Once you have the proper version of Forge running, simply place it inside your mod folder and you're good to go.

The SlashBlade mod does not require on other mods except Forge to run properly. Simply drop it inside your mod folder and run Minecraft to play it.

What if swords have their own special abilities and moves? That's a question that More Swords Legacy mod answers and it answers well. This mod allows the user to craft unique swords that have their own moves set and effects. Also, enemies have a chance to drop swords from other popular game franchises.