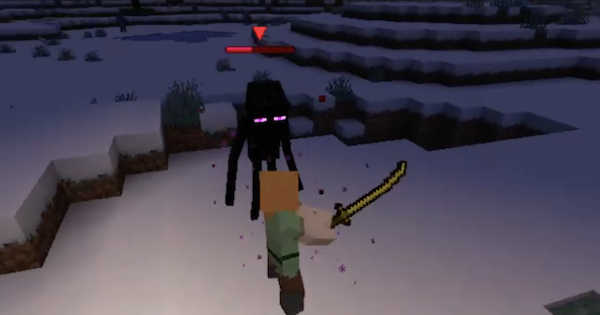 Check out this guide about the weapon mod Epic Fight Mod in Minecraft 2021! Know its details, how to install, crafting recipes, controls, & Minecraft version 1.17 compatibility!!!

Aside from changing how fights are done, Epic Fight Mod also adds a number of new weapons for the player to use. They can be crafted and can be enchanted for further enhancements and buffs.

You can change the Cobblestone to Iron Ingots, Gold Ingots, and Diamonds for more powerful Greatswords. For the Netherite version, you need to use a Smithing Table to combine a Diamond Greatsword and a Netherite Ingot.

Replace the Stone Sword with Iron, Gold, or Diamond for a more powerful Spear. For the Netherite Spear, combine a Diamond Spear and a Netherite Ingot using a Smithing Table.

Longswords require the same materials as the Tachi. Combine an Iron Sword with 2 Iron Ingots for the Iron Longsword and do the same for the Gold and Diamond variants. For the Netherite Longsword, combine a Diamond Longsword and a Netherite Ingot using a Smithing Table.

To make better Daggers, replace the Iron Ingot with either a Gold or Diamond Ingot. To craft a Netherite Dagger, use a Smithing Table to combine a Diamond Dagger with a Netherite Ingot.

The Knuckle cannot be upgraded with higher tier ores.

Controls Can Be Changed

The controls listed below are the default settings for Minecraft. You can change them to your liking via the Options > Controls menu.

How To Install Epic Fight Mod

You do not need to install any other mod for you to be able to run this mod. Download the required Forge version and just place it together with the Epic Fight Mod inside your mod folder and you're good to go!

If you fancy carrying medieval and ancient weapons, then this is your mod. Spartan Weaponry introduces a lot of melee weapons, bows, and crossbows. Each weapon can be upgraded and modified. Bolts and arrowheads are also very varied, introducing several effects to those that they hit.