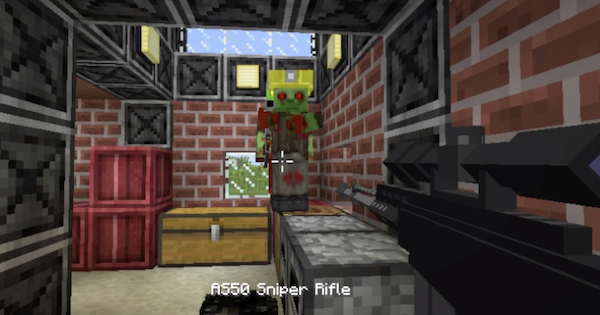 Want to play with the best gun mods? Read this list to know recommended gun mods for Minecraft 2021! Know contents, info, details, and more about the top gun mods with this list!!!

What Can You Do With Gun Mods?

Use & Shoot Guns In Minecraft

With the mods listed below, you can introduce a large variety of firearms into your game. You can even spawn in zombies for you and your friends to enjoy together with the added firepower. Simply put, adding in guns in Minecraft opens up combat to cater to different scenarios.

How To Install Gun Mods

Installation process depends on the mod itself. You should also consider several factors such as other related applications and mods, and Minecraft's version number. Installing may take a bit of time but it is definitely worth it!

Check Out How To Install Mods Here!

Build Your Own Arsenal

Techguns is arguably one of the best gun mods out there. It introduces several guns complete with custom effects and animations. It also includes armors and blocks to customize and build your own fire base. And the best thing about it all is that this is a stand-alone mod!

The Portal gun introduces the titular weapon into the world of Minecraft. With this weapon/tool, you can teleport objects from 2 different points. The applications are endless and it's fun to experiment with.

Video from Mischief of Mice!!!

Guns without Roses isa mod that features several new weapons, new ammo types, and enchantments. The weapons themselves are not too complicated and can be crafted and used in Survival Mode.

The Matchlock Mod enables the use of several historical guns in Minecraft. Although not as fast or convenient as other mods, this mod's attempt to stick close to realism is worth mentioning. It also adds working cannons to the game, but only for version 1.12.2.

Decimation Mod is a scary, realistic and open-world zombie survival Mod, in which players (or Survivors) have one task: Survive in this zombie-ridden world for as long as possible! Over time, players will experience powerful moments and events emerging in this mods gameplay.