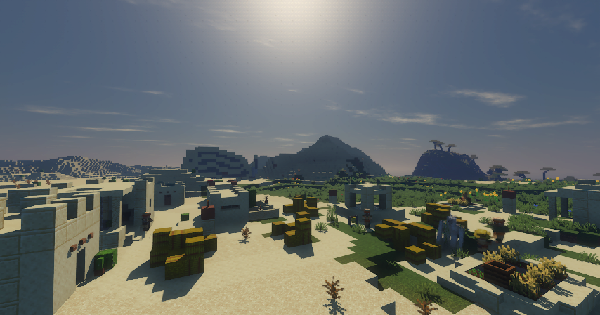 Check out this guide about the shader pack Voyager Shaders in Minecraft 2021! Know its details, how to download & install, settings, requirements, & version compatibility!

Voyager Shaders is a base shaderpack that also introduces optimization features to Minecraft. With this shader mod, you can customize the appearance of Minecraft, allowing you to experience a more realistic and more detailed adventure.

Using The Artificial Light At Night

The shader increases the contrast of Minecraft making the game look vivid, smoother, and much more alive. A major improvement done by this shader is that it improves lighting during night time, making it easier to see enemies or things at night.

How To Install Voyager Shaders

Pushing the boundaries of Minecraft's graphics is one thing SEUS Shaders is known for. With this mod, players can enjoy superb visuals that emulate that of hardware-intensive games. However, you may need to have a powerful system to fully unlock its potential.