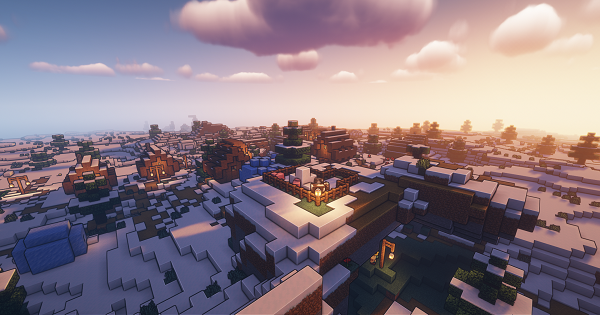 Check out this guide about the shader pack Astralex (BSLex) Shaders in Minecraft 2021. Know its details, how to download & install, settings, requirements, and version compatibility!!!

The shader increases the contrast of Minecraft, making the game vivid, slightly lighter, smooth and detailed. One noteworthy feature is that it also improves the appearance of sky in the game. It includes stars, comets, and northern lights.

Astralex was known as BSLex Shaders before but due to some confusion with BSL Shaders, the author of the mod decided to rename it.

Oceano Shaders makes most of Minecraft's colors warmer, akin to a fantasy tropical island. Highly recommended for those looking to make their own seaside retreat.