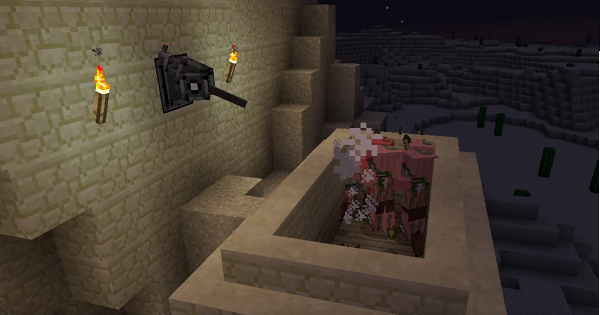 Check out this guide about the weapon mod Open Modular Turrets in Minecraft 2021! Know its details, how to install & play with the turrets, and Minecraft version compatibility!

This mod will bring you to new heights when it comes to automatic defense system. With turrets, you can concentrate having fun with your friends in your base. Open Modular Turrets also comes with a good selection of upgrades to make turrets more useful against stronger mobs.

Choosing Turrets For Your Base

The turret block is a tile entity that spawns a turret NPC on top of it. The turret NPC can be targeted by enemy NPCs and can be destroyed.

Beware: Turrets can damage both friends and foes. If they stand in the way between the turret and a target they can get damaged and killed by it.

How To Place & Use A Turret

If you want your turrets to last longer, you can put them on a high ground or strategical location. This increases the effectivity and survivability of the turret as there are no Turret Armor in this mod.

Defend Your Base And Make It SAFER!

Your Turret has a slot on each side, there you can add 2 Addon slots and 1 Upgrade slot making your base the safest place in your Minecraft server! Having those defenses will make sure that any threat that comes close gets destroyed.

How To Install Open Modular Turrets

You need to install OMLib for you to be able to run this mod. Download the required Forge version and just place it together with the Open Modular Turret mod inside your mod folder and you're good to go!

Like the Open Modular Turret, Tech Guns allows you to build turrets to guard your base with some cool guns! A very well done mod and can easily be installed.