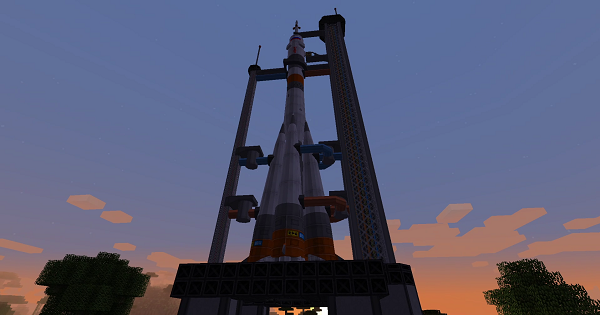 Check out this guide about the weapon mod Nuclear Tech Mod 1.12.2 in Minecraft 2021! Know its details, Reloaded version, how to install, how to craft missiles, & Minecraft version compatibility!

Nuclear Tech Mod Reloaded is an updated version of Nuclear Tech Mod that was released on 2015. This mod basically uses the concept of a technical mod and combines it with explosives. You can craft different bombs, mine 10 new ores, and use new machines to create advanced materials!

You can use Nuclear Tech Mod to deal massive damage to your opponents' base. If you want something destroyed fast, this is the mod you're looking for.

Use Warheads With The Missiles

The main bombs all use a GUI controlled system to create the explosives for the missiles. This requires you to fill the bomb shells with explosive materials, trigger mechanisms, and even radioactive parts. All explosives are survival-ready and everything is craftable!

Alongside the rockets and missiles, the mod adds a lot of weapon options. You have guns for conventional combat, turrets for base defending, rockets to use as a satellite, and nuclear bombs to wreak havoc.

How To Craft Missiles & Satellites

IMPORTANT: You must have Assembly Template: Soyuz-FG to craft the rocket.

How To Craft Your Custom Missiles

Materials Needed to Craft Your Own Missile

NOTE: You can use other materials as long as they are of the same size.

How To Install Nuclear Tech Mod

You do not need to install any other mods for you to be able to run this mod. Download the required Forge version and just place it together with the Nuclear Tech mod inside your mod folder and you're good to go!

If you want a mod that can create a mushroom cloud that affects a lot of blocks, then this is it. Guns, Rockets, and Atomic Explosions also adds more weapons and different ammo types.

Mod info, details, and some images are from Curse Forge.