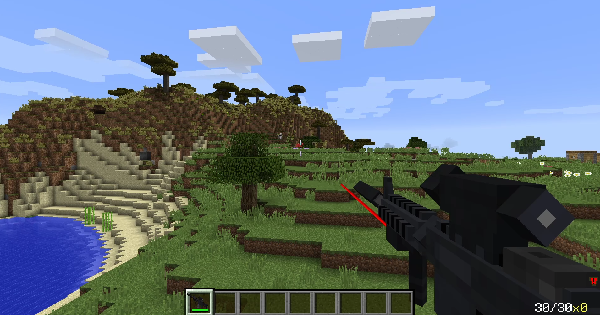 Check out this guide about the weapon mod Tech guns in Minecraft 2021! Know its details, how to install & play Techguns, turrets, and Minecraft version 1.17 compatibility!

A mod that will truly make you experience army grade and advanced weapons. Comes with a good selection of ammo.

Defend Your Base With Turrets

The turret block is a tile entity that spawns a turret NPC on top of it. The turret NPC can be targeted by enemy NPCs and can be destroyed.

Targets Players Depending On Settings

Beware: Turrets damage both friends and foes. If they stand in the way between the turret and a target they can get killed by it.

How To Use & Mod Tech Guns Turrets

If you want your turrets to last longer, you can equip them with 4 levels of Turret Armor. This increases their toughness against enemy attacks, allowing them to dish out more damage during a fight.

Use As A Power Extension

Your Turret has a slot on each side, allowing it to act as a power supply extension for other mods. You can also add a Conveyor Belt for full automation.

You need to install Immersive Engineering or other similar mods to power up the Turrets. Download the required Forge version and just place it together with the Tech Guns mod inside your mod folder and you're good to go!

Although technically not a "weapon" mod per se, Open Modular Turrets allows you to build turrets to guard your base. A very well done mod and can easily be installed.