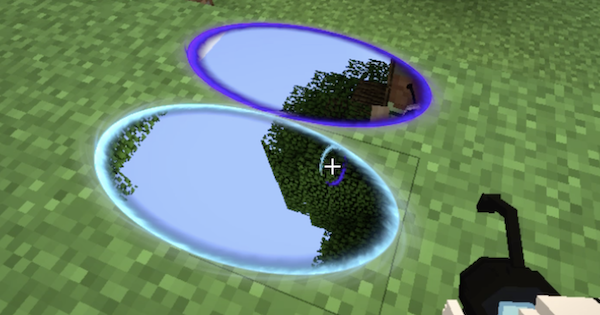 Check out this guide about the weapon mod Portal Gun in Minecraft 2021! Know its details, how to install & play, controls, and is it compatible with Minecraft version 1.16.4 & 1.17!!!

Portal Gun is based on the titular weapon in the Portal games. With this weapon, players can create portals to instantaneously travel between 2 points.

You Can Also Grab Objects

Aside from making teleportation portals, the Portal Gun mod also allows the player to pick up objects. Using the Portal Gun, the player can point and lift objects without destroying them or having them inside the inventory.

Currently, there are no official versions of the mod that are compatible with Minecraft 1.16.4.

Players on the Bedrock Edition of Minecraft can also install the Portal Mod. However, the creator, assets, and the process for playing the mod is different.

How To Install Portal Gun

The Portal Gun mod requires iChunUtil to run properly. Place both of the files inside your Minecraft's mod folder to run them. Note that you also have to make sure that both mods' versions are compatible with each other.