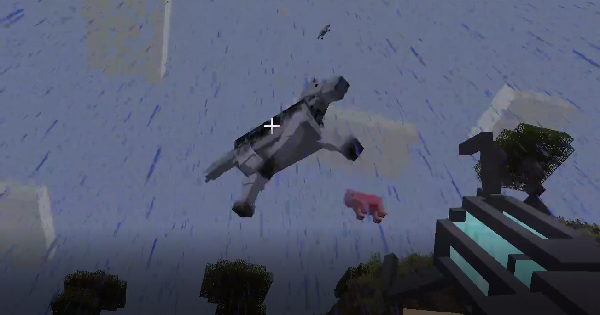 Check out this guide about the weapon mod Gravity Gun in Minecraft 2021! Know its details, how to install and play with the Gravity Gun, & Minecraft version 1.17 compatibility!!!

In this mod there are two types of Gravity Guns. The normal Gravity Gun can almost do the same things a Supercharged Gravity Gun can do. The only difference between the two is the release power and after use cooldown.

Being Creative With Gravity Gun

The Gravity Gun is a weapon entity. The gun can be used on almost anything, this means you can hold targets in the air and kill them by throwing for fall damage.

Gravity Gun Can Target Almost Anything

The Gravity Gun can hold blocks, NPCs, and players. Also, it can target both friend and foe.

How to Use Gravity Gun

You can use Gravity Gun to pull objects, NPCs and mobs from a distance. You can also throw them with extreme speed making the Gravity Gun a top Weapon Mod.

Use Gravity Gun To Make and Defend Your Base with EASE!

The Gravity Gun is not only known for its deadly features, this mod can also be used by beginners. They can use the gun to create buildings by pulling objects from afar and placing it on their project.

As of version 7.1 some features may be different from older versions.

How To Install Gravity Gun

You need to install iChunUtil for you to be able to run this mod. Download the required Forge version and just place it together with the Gravity Gun mod inside your mod folder and you're good to go!